A space station map. A very plain and simplistic level consisting of huge empty corridors and large barren rooms. Detailing is nearly non-existent and rooms large enough to park a dirigible in have maybe a desk sized control panel. Some lighting effects are used, but wall shading is severely neglected; the lack of depth causes the large open areas to look even more flat and boxier.
The layout is basically one long corridor after another with a few minor side rooms and interconnected with teleporters for a cheap transition between locations.

Gameplay is a keycard hunt. Like the rest of the map it's basic and simply a matter of picking it up off the middle of some floor and walking uneventfully all the way back to where the lock is located, repeat.
Combat is also pretty tedious; nothing, nothing, nothing, horde!, repeat. Duke is armed to the teeth with heavy fire power and there are healing items all over the place. Minimally challenging and not much to look at. 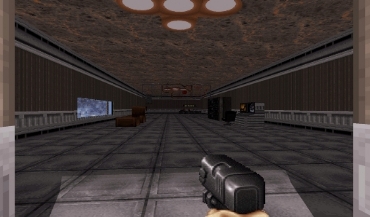 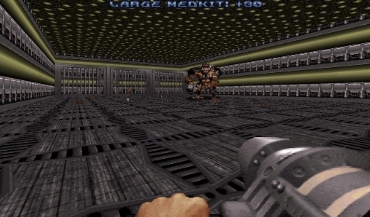 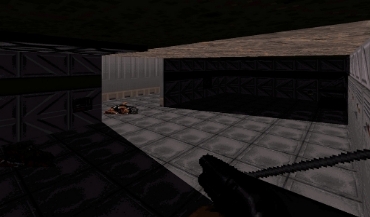 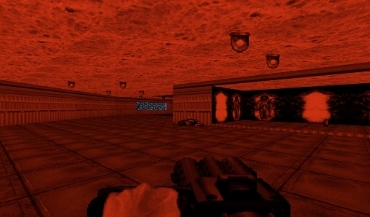 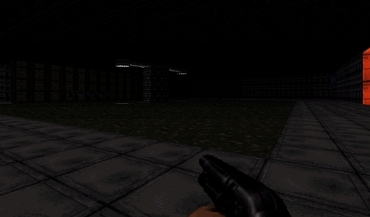 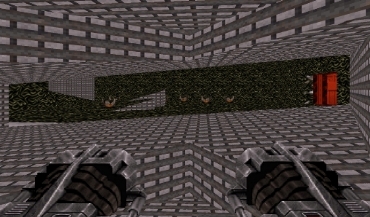