Set on a tropical island the map consists of multiple environments.
The player starts in a series of narrow caves, moves to an EDF base, out to a set of caverns and valleys, then finally to the interior of an alien space craft.
Construction wise the level is pretty basic; for indoor sections detailing mostly consists of items pasted onto walls and minor architecture and trimming.
The outdoor sections are better in their sector work with a fair amount of horizontal and vertical variations to the width and height. The splattering of bushes and trees can provide a slight hindrance to combat, but they're placed with an obvious path that allows the player to get around easily.
The major aesthetic issue is the shading. If the player chooses not to use polymer lighting everything looks flat and dull due to the minimal differences in the darkness of adjacent walls.
The saving grace is the fresh perspective as one moves from location to location due to the constantly changing scenery. 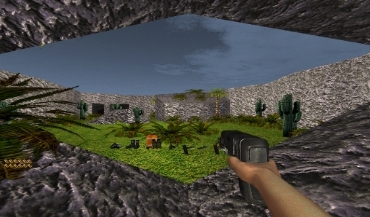 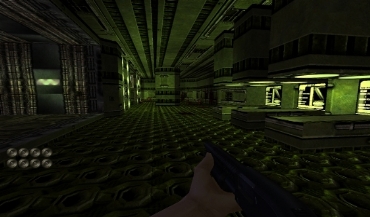 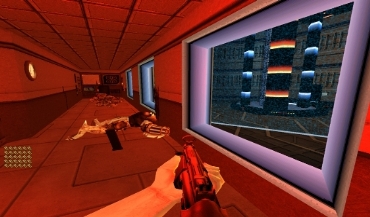 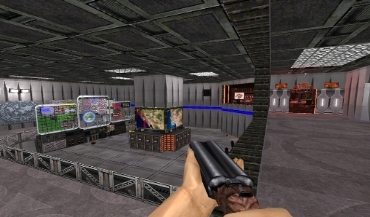 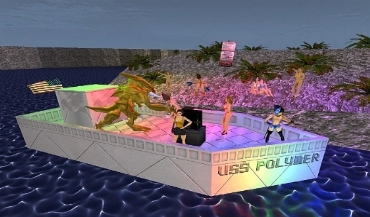 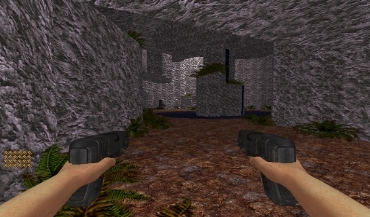