A map of underground caves and tunnels.
There is not alot to this map; it's made up of a series of various sized caverns interconnected via small passageways. Some of the caves have unique features like stalagmites, cracked floors with lava oozing through, and the largest features some old temple, but the map is mostly unadorned rock walls.
The layout is linear and very short so it's a quick straight shot from start to finish.

Game play is basically moving from point A to point B. There are no puzzles or locks, no tricks or traps.
Combat pretty much consists of engaging small clusters of aliens at each room. As long as the player avoids the secrets then the ratios are balanced. Weapon selection is limited, there's a good supply of ammunition, and health paks are distributed pretty even. 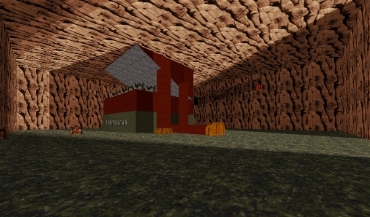 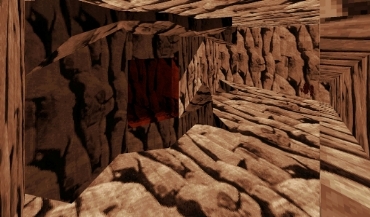 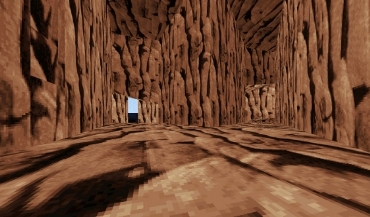 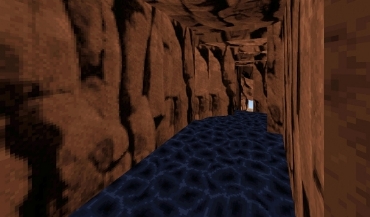 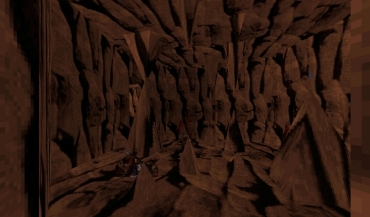 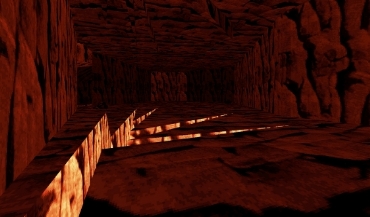