A coastal map with a large valley, some caves, and a fort.
Overall a pretty simple map. It has large blocky architecture and almost no shading, trim work, or detailing.
The layout is wide open and has a bunch of little nooks and crannies, and some secret passages which would make for a better DM map than in single player mode.

Game play basically consists of wandering around collecting items until the touchplate is tripped releasing the big boss.
Not much of a challenge, but still a bit interesting to explore around. 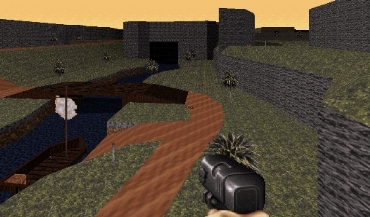 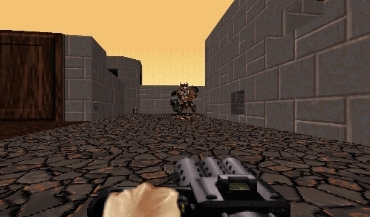 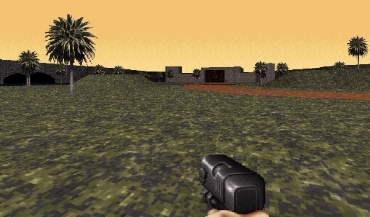 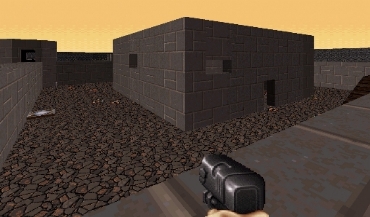