Gambini pushes the build engine to the max with his wonderful effects and scripted sequences, which alone makes this map an absolute masterpiece, but it's the dour and gloomy atmosphere that make this map a work of art. The tension I felt while playing is reminisce of the first time I watched John Carpenter's remake of The Thing while home alone at night.

There is a story behind the map hinting about some unknown entity or"experiment " that's been causing odd and unexplained events to occur throughout the hospital, but it seems that by the time the staff discovers what's going on and muster the courage to "shut it off", it's too late. The story then dissolves into little more than hints to solving puzzles with slight blurbs about what's actually going. There are some plot holes that can be filled by observation such as; "What happened to the staff"? You find out when you discover bodies being dumped in a huge meat grinder on the top floor. Other questions never really get resolved. What's behind the apparition like events going on throughout the hospital? Is it the aliens? Ghosts? Alien ghosts? The "experiment" has poltergeist like powers that also attracts aliens? This doesn't take away from the experience of enjoying the map, but a stronger, continuing plot line could really have built up for a climatic ending.

The map is an epic exploration of a hospital. Even though the majority of the game takes place indoors, there are plenty of locations where the player can see outside through windows which gives the perception of openness and depth. You'll see expected locations such as operating rooms, examination rooms, a cafeteria, and recovery rooms. Some oft forgotten and rooms such as a laundry room and a morgue. And still some rather unexpected rooms like the previously mentioned meat processing room, aka, "the feeding machine". Quite a bit of thought and effort was put into how each location was presented, and even though you may have seen rooms like these before, you've may never seen them presented in such an individually detailed and realistic way.

The ending, while it fits the theme and plot of the map, plays out more like standard Duke and seems less scary than the rest of the map. It is well laid out and designed, but it's setting is more "ruin and destruction" than it is "spooky gloom". This doesn't really make the ending anti-climatic, but it does lose a bit of the "fear factor".

Game play is a mixed bag of combating aliens, solving puzzles, and standing back to watch the weird shit going on around you. This keeps you on your toes and prevents the map from getting dull (as if that's even a consideration).

There's a good dispersion of health throughout, and a decent arsenal of weapons can be accumulated as the player progresses. Ammunition distribution is spread amongst the weapons, so don't depend on just two or three guns to get through, and there'll be plenty of rounds left at the end to get the job done. The layout is logical and there is little difficulty in navigating where to go.

Some of the puzzles can be slightly confusing and slow down the flow of the game, but the answer is usually in the immediate vicinity and does not require having to go to another part of the map to solve it.

Excellent trimming, texture selection, and ambient sounds, in combination with the incredible effects and sequences, makes for a very creepy experience and I recommend playing this at night with all the lights off and the sound up.

I don't want to go into detail and spoil any of the effects you'll experience while playing this gem, but overall a it's truly amazing map and well worth your time. The replay value may be slightly diminished after you solve all the puzzles, but may be worth a few more go throughs just to take a closer look at all the detailing, watching how the special effects develop, and to discover all the cleverly placed easter eggs. 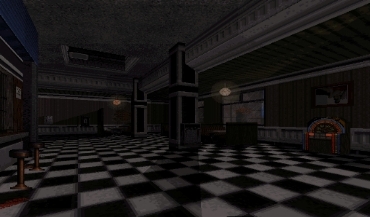 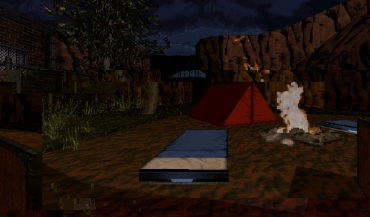 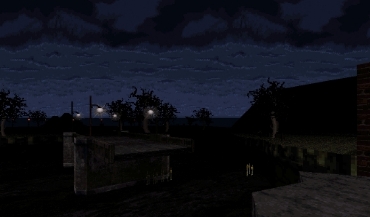 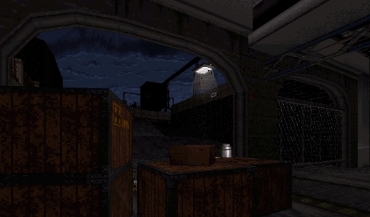 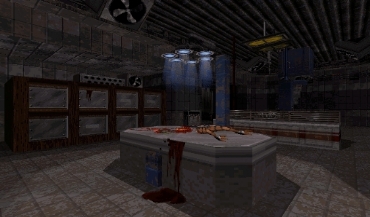