Duke is home relaxing when he hear some strange sounds from the basement. When he gets down there he sort of teleports to a strange place.
He must explore lots of caves, cliffs and waterways before finding his way back home - where a surprise party is set up...
The design is quite newbie but not that bad. The author has put in some more lighting compared to his first two levels.
Texturing ain't that bad even though some textures are in the wrong places...
There's tons upon tons of weapons, ammo and healing items along the route.
A 10-15 minutes romp it is. 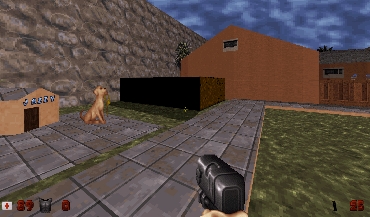 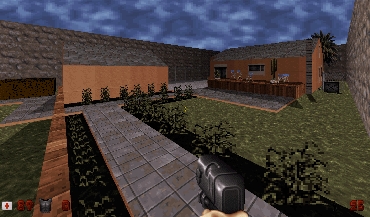 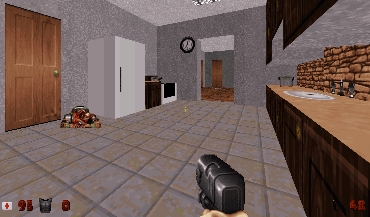 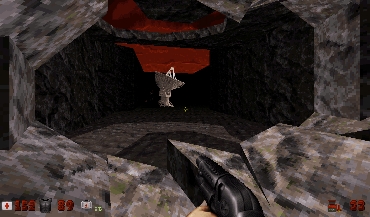 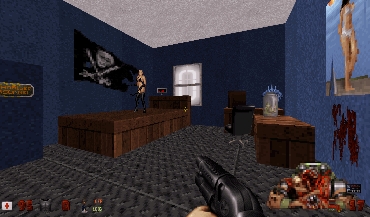 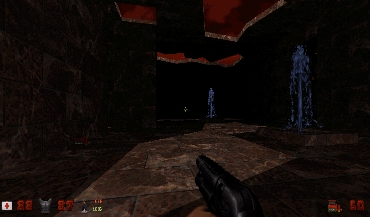