An industrial facility located out in the middle of a jungle.
The level starts out with a bit of an outdoor section where Duke must find a way to sneak into the factory, then afterwards it's all indoors aside from a short roof walk.
The level is dark, noisy, and involves a lot of crawling through nearly pitch black ventilation shafts and along equally dark conveyor belt passages. It boarder lines on unplayable without bringing up the overhead map.
To further exasperate the situation there is a large amount of room-over-room and sector-over-sector construction along with teleportation tricks. Half the time the teleporters don't work. For example the vent duct on the roof may have to be jumped in and out of several times before Duke finally teleports down into the connecting ventilation shaft that leads to the blue key office. Additionally it's so dark that the player is bumbling around trying to figure out what is going on possibly resulting in Duke clipping into other sections of the map.

Game play is keys and switches.
As far as I can tell, the red card is pointless as it only opens an office with nothing in it, there is no yellow card, and the blue one is the only one needed to complete the map.
Other than getting the feeling of stumbling around in a dark cave with a blindfold on, there are a couple progression killer puzzles. One involves pipebombs and the rather obscurely marked place to use them which isn't too bad since the pick-up and the place to use them are very close.
The other puzzle involves a timed door in the toxic vat room. Two possible switches, two possible underwater doors, only one combination works, and the player has to be extremely quick to get there before it closes.
The level looks decent for the most part and the combat is fairly well balanced, it's unfortunate that the puzzles are so muddled and it has to be so dark that it's annoying. 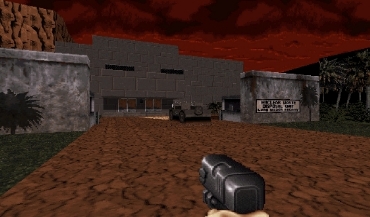 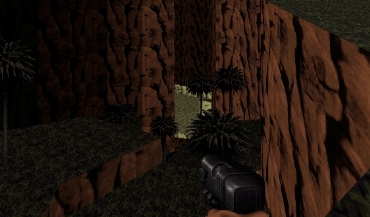 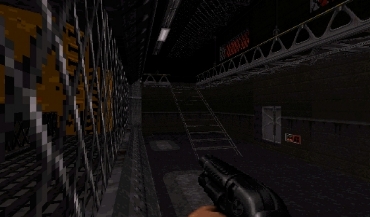 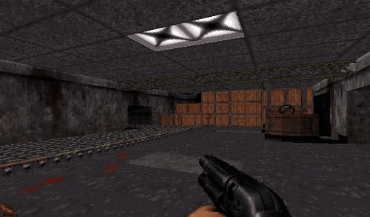 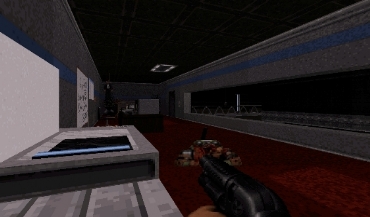 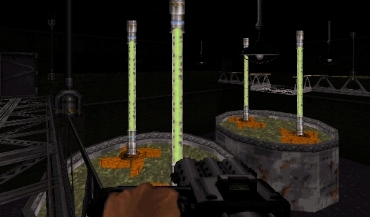