An ancient temple with a portal to hell. It's a pretty standard stone block ziggurat made up of tiers and pillars. The hell section is also the fairly standard red pallete cavern system with pools of molten lava and fire. While not too heavy on the detailing, it is solidly constructed and has well done architecture; especially in the temple valley, the interior grotto, and the hellish chamber. The cliff faces, cave system, and rocky outcroppings avoid giving any perception of blockiness or being squared off. The characteristic that gives the level its identity to stand out from similar styled maps is the interesting use of the texture combinations. For the most part it deviates from the typical grey stone block and leans more towards a sandstone theme. Getting around in the map is pretty straight forward; other than a little bit of running back and forth through the temple's shrine while seeking buttons the layout is pretty linear.

Game play is finding buttons. It's not too complicated; kill a room full of aliens, find the button, kill the respawns, find the door that opened and repeat the process until the finish. The last button may be a bit difficult to find and isn't easy to get to without either the jetpack or setting off the obscure touchplate which raises some sections of the floor and pillar work. A little observational skill is needed by the player, but it's not too heinous of a puzzler. A few of the combat scenarios are pretty intense with well-placed and a nice mix of aliens, but the variety of weapons and plentiful amounts of healing items keeps things well balanced. 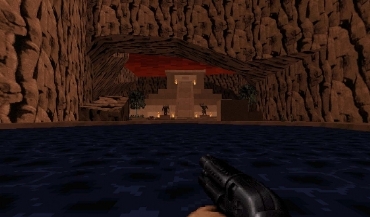 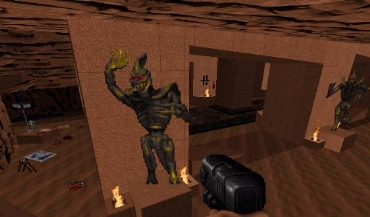 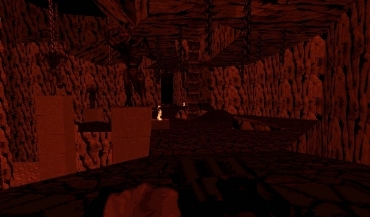 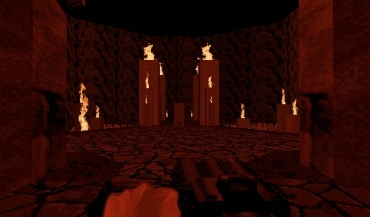 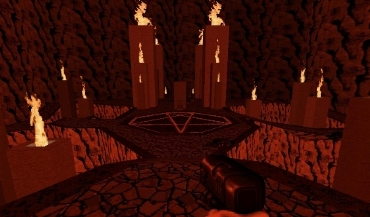 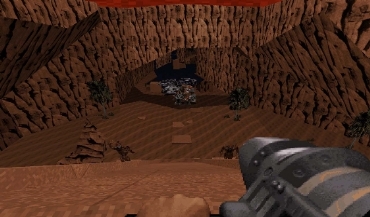