An EDF styled base that's spread out over what appears to be several close-proximity asteroids and eventually leads Duke to an alien space ship. The base structures are pretty mangled and battle-damaged; walls are caved in, several buildings are collapsed, and sections of the asteroids are blown apart and floating freely from the main body. Overall the construction is pretty solid with a fair amount of sprite work and architectural structuring. Aesthetically the shading could have been a bit better; the walls have contrast so there is depth, but nothing seems to cast any shadows, making the outdoor areas a bit too washed out. Navigating the map involves quite a bit of rock climbing and jumping around on walls, crates, and the broken up hunks of asteroid. All this vertical navigation and the freedom to crawl around all over the place detracts from the impression of a flat and linear layout.

The premise is to find a couple of keys; one gives access to a switch which activates the first bridge, the second card leads through a portion of base before reaching the second bridge switch. Afterwards the player teleports to the alien spaceship and must fight their way to the bridge. Combat is pretty constant with a variety of well-placed aliens either sitting in ambush or holding down sniper positions. Since the level is pretty much a straight shot from start to finish there's almost no backtracking which equates into a constant forward moving battle to gain ground. The player is given the option of blazing through the level sticking to the few primary weapons provided, grabbing supplies off the main path, and bypassing several sections and keys with some creative acrobatics, or they can take their time, explore all the nooks and crannies, collect all the extra equipment and weaponry and slug out the entire way. Basically speed-run it, or make sure everything that moves ends up dead; either way the player is given the choice and it adds to the replay value. 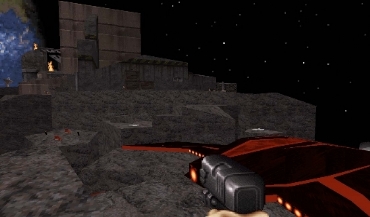 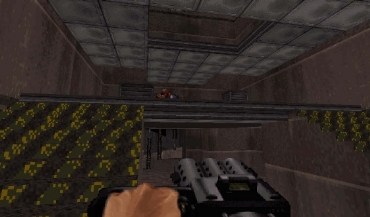 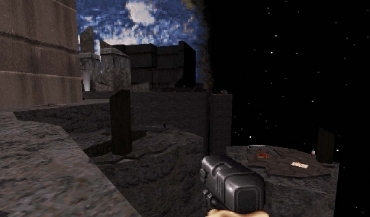 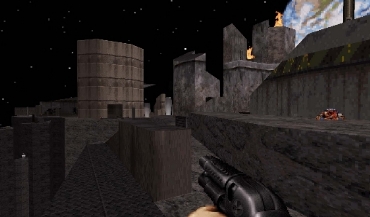 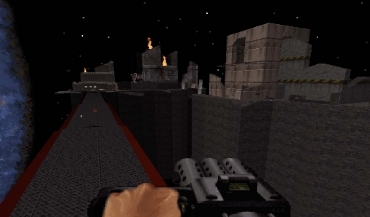 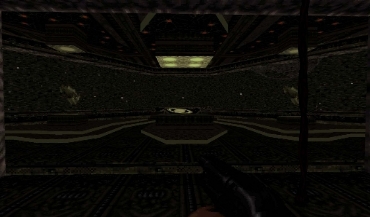