A canyon and cave styled map.
There are a few minor sections that are composed of a bunker like structure and the inside of a crashed airplane, but the majority consists of spelunking through caverns and crawling through narrow ravines.
The architecture as far as trimwork and structures is pretty decent, but several of the indoor locations are very cramped.
Lighting and shading is well done for the inside areas, but is weak to non-existent in quite a few of the outdoor sites.
The downed aircraft is pretty neat, but the rest of the map is under detailed.
Layout is pretty much a linear straight line with little variation to the beaten path and some of back ground areas that are present are blocked off with the notorious invisible wall.

Game play is a key card hunt.
Since the map is incredibly linear and the keys are within spitting distance of the locks getting around isn't much of a challenge. Most of the puzzles involve blowing up cracks in walls. I recommend doing it from a safe distance.
At the start of the level the player is provided one pipebomb per target to be blown up. It can be screwed up so take your time to make sure placement is correct before detonating because you won't get a second chance without having to restart.
Combat is pretty well balanced having a good distribution of ammo and health without going over the top. Weaponry is limited, but it's a short level and the given guns are adequate for the job. The aliens are placed around to create an even flow of encounters and in some cases they can also be completely avoided.
There are one or two instances of being in pretty restrictive quarters and having to face down some fat commanders. This is where the cramped rooms come to the players rescue because they can get stuck while you sit back and pick them off. If you have problems getting into the plane's cockpit just find the invisible switch at that end of the fuselage. 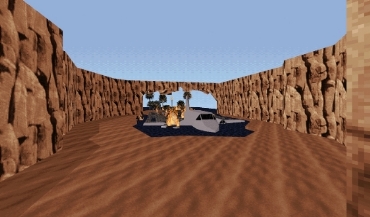 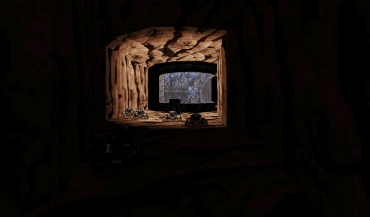 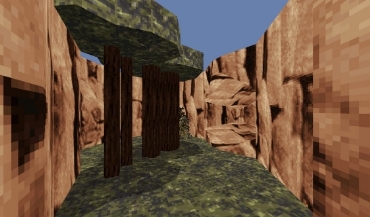 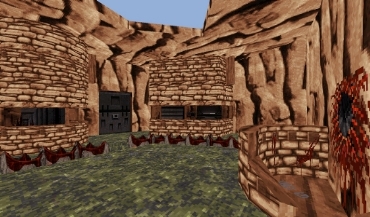 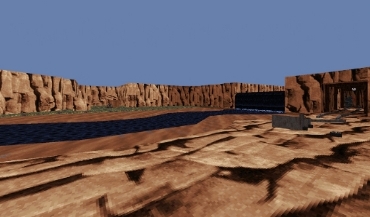