A prison styled map.
It's quite open and quite large making it fairly easy to get turned around in, but also interesting to explore. Other than the need for some more trimwork and detailing, and better texture combinations, the level is decently constructed with strong architecture and good sprite work.
The map is basically a maze of corridors, rooms, and outdoor areas.

Game play is pretty much about exploring and killing aliens. There are keys but technically only one is really required to finish the map. Several blue keys are scattered around and used to unlock various interconnecting doors which serve as short-cuts.
Most of these portals can be bypassed and the locations reached from different directions. One exception is a control room exit door that contains the red key. The red and yellow keys are used to open one of the two exits. As stated the red key is secured behind a blue locked door, but the yellow key is free to access if it can be found.
As for blasting aliens, they're everywhere and there are alot of respawns, but there's also a good arsenal that can be accumulated and a healthy dose of ammunition, so blast away. 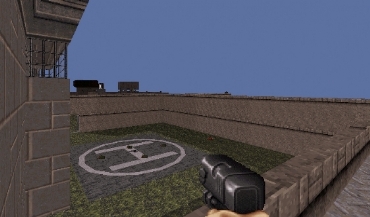 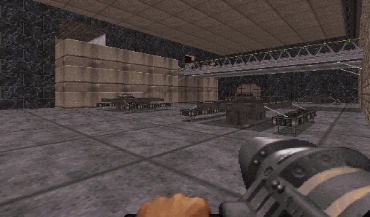 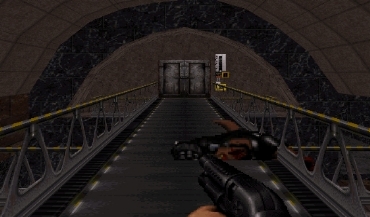 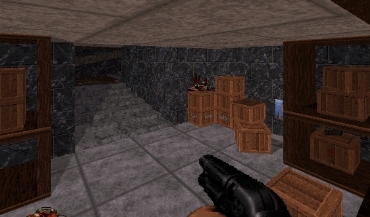 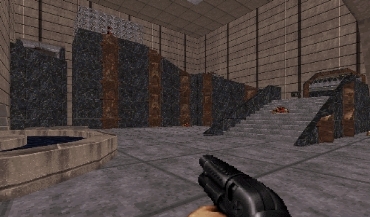 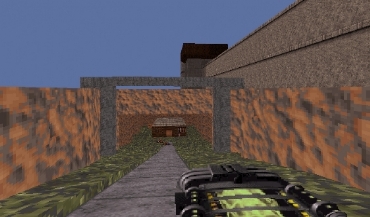