A meat packing plant.
The atmosphere is done up in an industrial style, but other than good lighting and shading the level is rather mediocre.
Most of the detailing and sprite work are lumped in only a few locations while the rest of it is open boxy rooms and corridors with little trimwork.
Oversizing is also an issue; especially with the doors.
There are some effects implemented, but a good portion of that is for background scenery.
The layout is hub styled. Several paths lead off a main room and the player must seek out key cards to unlock them.

The premise is to search down one direction, find a card, then back track to the centralized location and take another path to unlock it. Expect quite a bit of running back and forth.
Despite the map's mundane appearance it's loaded with weapons, ammo, health, and aliens which makes for some constant action against a good variety of enemies. 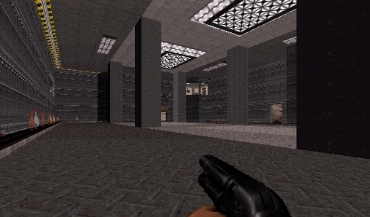 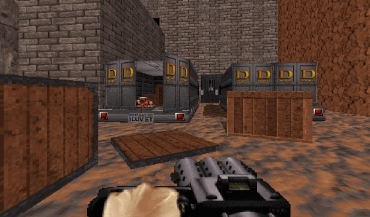 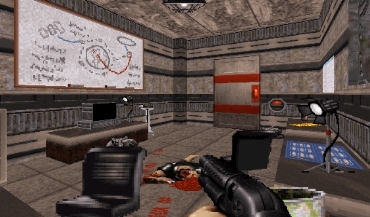 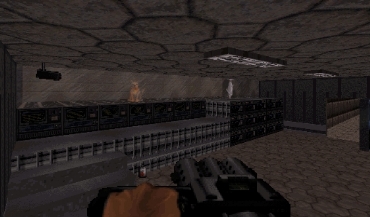 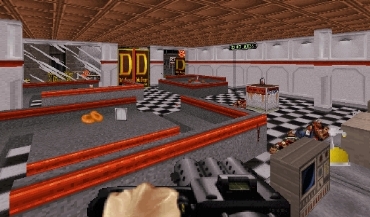 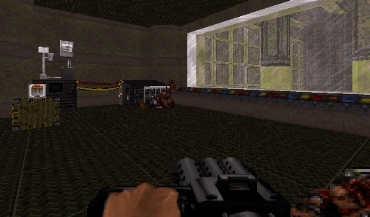