It's actually two maps in this bundle; KTIM as both single player and Dukematch while Timburger is Dukematch only. Also these are the first levels from this author.
The last two screenshots would be from Timburger.
KTIM is a very simple and small level (with long corridors...). It's supposed to be a TV-station overrun by alien maggots.
The goal is simple; find a couple of keycards and flush out the alien presence.
Design is very simple and squared with few details. Texturing is okay while shading / lighting is almost absent. Nor are there any ambiant sounds to give some life to it.
There is plenty of weapons, ammo and healing items along the way. 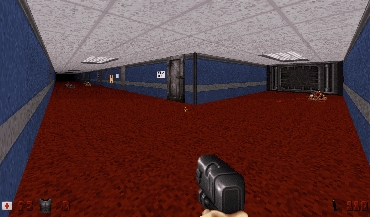 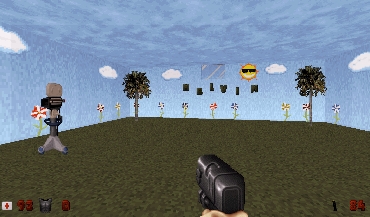 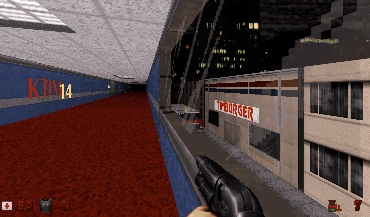 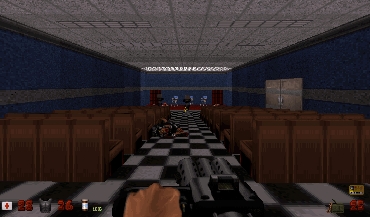 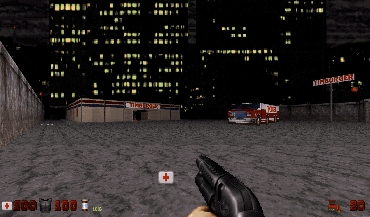 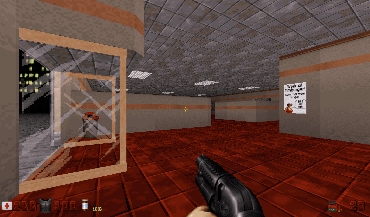