An EDF styled high tech base located in a forest canyon.
The map has top notch construction. Everything is well shaded, there are some real nice texture combinations, the sector and sprite architecture, as well as the trimwork, is excellent.
As with most maps that have sprite based structures, the aliens can shoot the player through the arrangements, but hardly ever other way around. The only downsides to this level are the crazy doors that lead into sector over sector rooms; sometimes they slam shut before the player can get into them. That and the map is way too short.

Game play consists of finding keys until the upper level of the facility can be reached and the nuke button accessed.
The map is pretty small so it's not too hard to explore around fairly quickly and get to where one needs to go.
Technically the first blue key isn't necessary. It opens an underwater gate, but the same area can be accessed from another pond. Of course that means taking the long way with no scuba gear; it'll do a good chunk of damage, but it can be done.
Most of the alien encounters are dealing with snipers or just face to face engagements. Occasionally the player may need to watch their back, but otherwise the level is very well balanced. 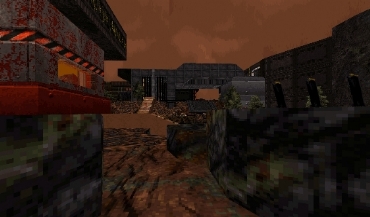 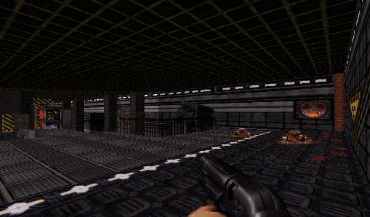 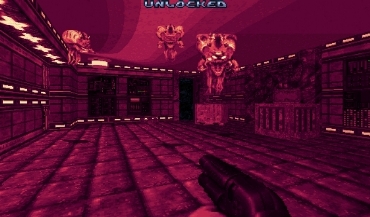 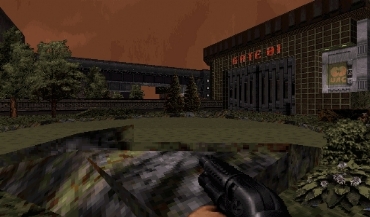 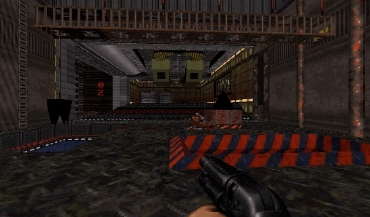 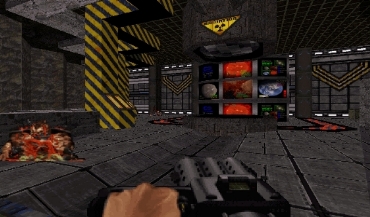