Have you ever seen the movie "Blade Runner" starring Harrison Ford? Well, here's the authors DN3D version of that movie.
A medium sized city styled map it is.
The city is a snap in time from the movie with lots of neon signs and ambiant sounds. We only miss the rainy streets though...
Design is okay with good usage of textures. The lighting / shading is adding depth and gives you some of the mood from the movie. You might get low on firepower from time to time but it isn't crucial. Find one keycard and solve some button combos. One or two switches has to be thrown as well, in which one of them might be difficult to spot at the first glance ( After you've inserted the keycard). This map is possible to beat in less than two minutes.... 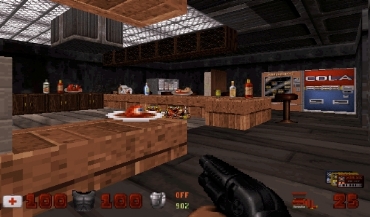 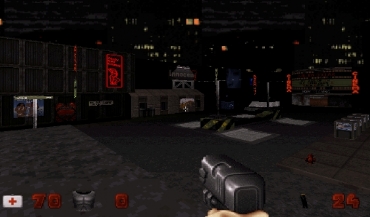 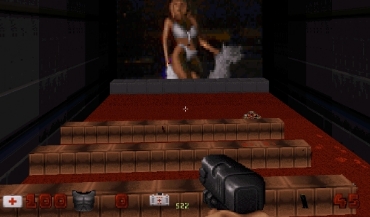 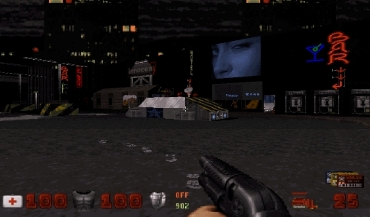