A military missile base styled map.
Construction wise and aesthetically the map has its high and low points. It has good shading, makes use of palletes and lighting effects and has some decent texture combinations, but the architecture is blocky and squared off, and there are minimal amounts of detailing and trimwork.
The ambiance also fluctuates as there are some effects and sounds implemented, but there are also areas which are devoid and empty of immersive enhancements.
The layout is a series of forks and is interesting in that it and requires the player to perform quite a bit of vertical navigation and some jetpacking.
The only real bad parts of the map are some very cramped crew's quarters and several very narrow doorways.

Game play is mostly of the key card variety.
There are a few minor wall crack and button puzzles as well, but view screens and explosive cylinders keep things pretty straight forward and easy to figure out.
A couple of the keys are stashed in out of the way locations and require some exploring to locate them, but again nothing too unfair or too hard to figure out.
Combat is well balanced with a decent variety of aliens to encounter and some respawns to keep the action going while performing any short jaunts of backtracking.
The beginning can be pretty tough due to lack of healing items, but once inside the facility it gets a little easier to keep the hitpoints at a reasonable level.
There is some variety to the weapon selection aside from the three bullet guns, but the player needs to find the secrets in order to acquire them. 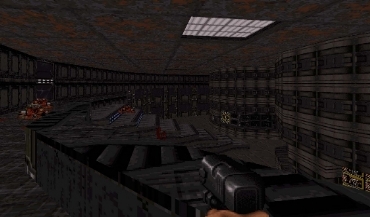 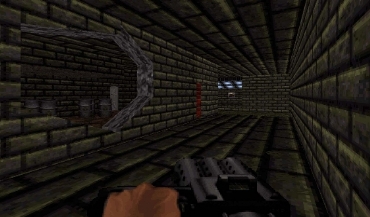 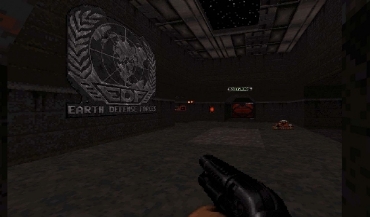 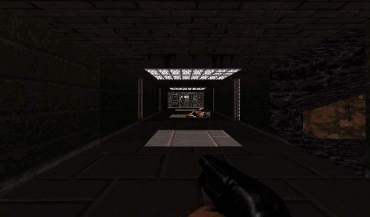 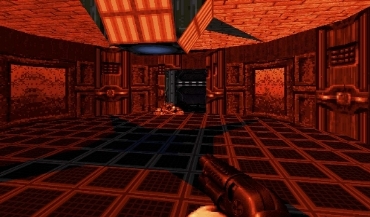 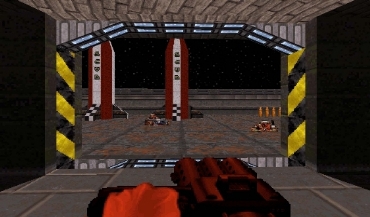