A moon prison facility being transformed into an alien hive.
The map is a mix of EDF high tech rooms, mine tunnels and underground caves, and alien-esque locations. Overall it's quite well constructed with good texture combos, nice architecture, and decent trimming and detailing. There are some lighting effects, palette implementation, and lots of ambient sounds for atmosphere.

Game play basically consists of killing a boss.
The map is a couple rooms and a passage that loops around. The objective is to avoid the boss and make the circuit to collect enough fire power to kill it. There are two problems with the design. First, the player is given a shotgun and enough ammunition right off to kill the boss without bothering with the rest of the map.
Second, if the player decides to go exploring, just to look at the neat scenery they'd miss otherwise, there's very little in the way of healing items and it almost doesn't make the trip worthwhile. 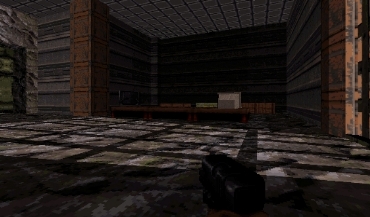 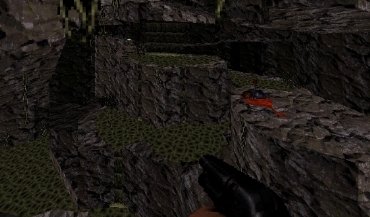 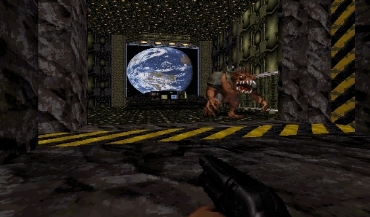 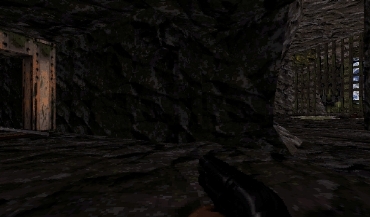 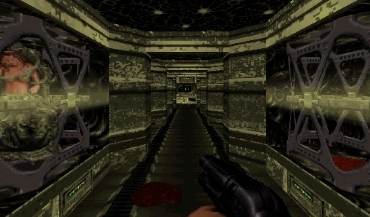 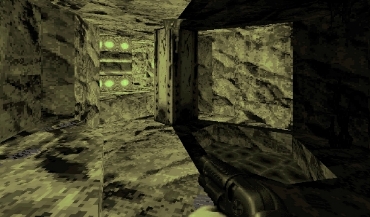