A high tech base styled map. Duke is riding in a train that's crossing the surface of Mars. It crashes just as it reaches the station due to the sabotage efforts of the aliens that have taken over the facility.
The map layout is a maze from start to finish. First Duke must navigate through the crates and wreckage of the train to gather supplies and figure out a way into the base. Then it's a series of vent shafts and corridors followed by chasm and cliff jumping puzzles, all intermingled with switch puzzles that open now passages or shortcuts back to earlier parts of the map. Aside from the train, ventilation system, and the typical space station styled control rooms the map also contains typical areas such as bunk rooms, medical bays, offices, a cafeteria, partially collapsed transport tunnels and several instances of going outside and leaping around on the planet's surface.
Other than a few areas that are a little cramped, the construction is solid, well detailed, and makes good use of textures and palettes.

The map is mainly a series of switch and navigation puzzles along with a few jump puzzles. There are clues as to where to go and what new door has opened, but even so getting around can be a little confusing since the map loops back onto itself several time over.
The puzzles are fair and the large numbered one has a clue nearby. There are a few sets of key cards; the first set is mainly for getting much needed supplies while the second set is used for progression.
The weapons are acquired in slow progression while simultaneously the aliens are getting tougher and more numerous.
The ratios are well balanced; health is evenly distributed and ammunition is given out in doses which are intended for the player to make use of all the weapons instead of just a select few. 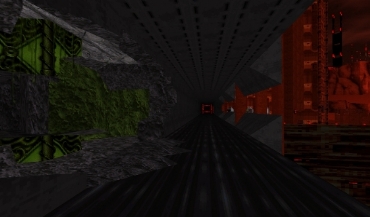 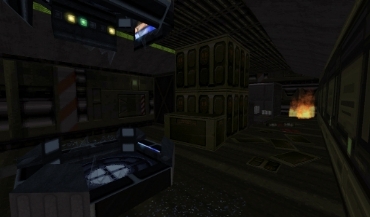 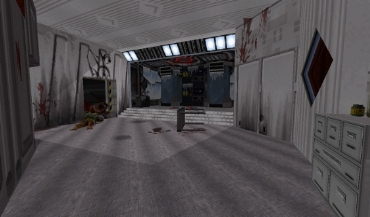 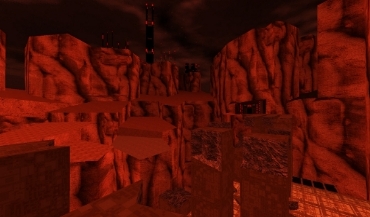 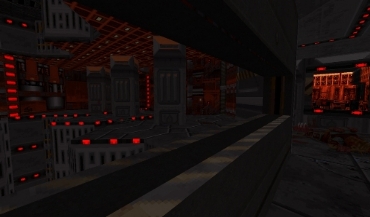 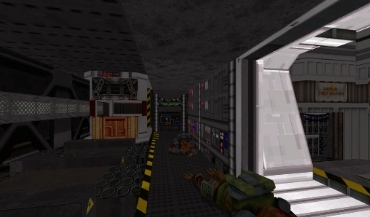