An alien base constructed in the interior of an asteroid.

The map looks very nice, it's well detailed and the architecture is fairly intricate. The texturing combinations are matched up nicely and the visuals quite pleasing, About the only thing that could have used a bit more attention was increasing the amount of shading contrasts. That and application of ambient sounds.
Looks nice, plays mean. The arsenal, ammo, and health are very limited in this map, and it is packed with enemies. Tough enemies. This is one of those maps where every bullet and health-point counts.
The shrinker is pretty much exclusively to be used on the multitudes of mini-battlelords, as there are no explosive weapons in single-player outside of a couple expander ammo pickups in a hidden stash. Use cover, aim true, and let aliens kill themselves, or each other, if the opportunity should arise.
More fun than a soldering iron to the face. 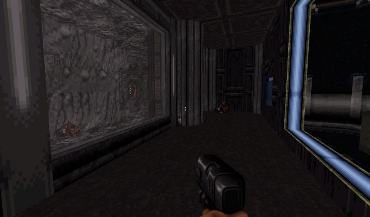 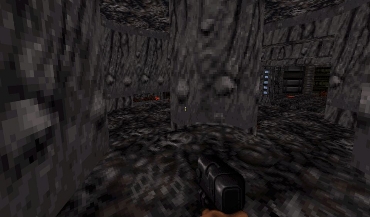 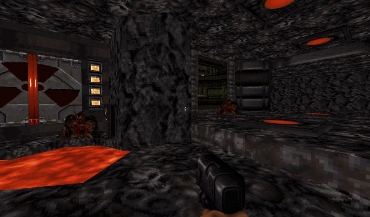 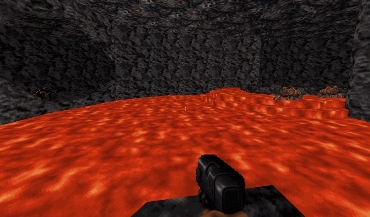 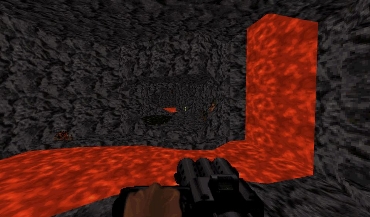 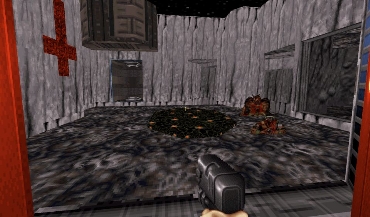