Mostly and EDF base styled map with other rather random elements tossed in that include temple, lava filled caverns, alien hive, and castle to name the majority.
Construction is hit and miss; some areas have good architecture, trimwork, and detailing, while others are rather plain and unadorned. Lighting effects and shading follow the same pattern; either it's good or is it isn't. There seems to be no rhyme or reason to the theme and it changes behind just about every door or on the other end of every teleporter pad which gives the map a disjointed atmosphere.
The layout is basically a series of rooms and corridors set out in a linear path and as things are unlocked the linear path is extended.

Game play is a combination key card hunt and switch throwing adventure. The puzzles are confusing at best and extremely annoying at worst. Keys are hidden throughout the map and a couple are pretty difficult to find. The red is at the bottom of a random lava pool in a secret area and the yellow key is locked away behind a out of the way panel which can't be acquired until the first two are used. There are no clues to let the player know any of this so they are happened across by chance.
Buttons and switches are hidden all over the place. Some obvious, some invisible, some in secret areas, some hidden in decorative sprites, some at the bottom of tiny underwater sections hidden in large pools, some can't be reached until other switches are thrown and a panel or platform is moved. One can only be reached after getting through a tiny vent after being shrunk then flying to the top of a staircase using a jetpack. The majority have absolutely no clue as to what a switch opens. Could be close, could be way on the other side of the map. Sometimes spawns in the immediate vicinity will point the player in the right direction, but not how far they actually need to go. Expect to perform alot of random, time consuming and oft frustrating exploring while back tracking back and forth multiple times across the entire length of the level.
To exasperate the situation further several doors are camouflaged into the walls and a teleport platform will take the player to one of four different locations depending on where it's stepped on.
Combat usually consists of encounters with small clusters at key junctures, but there are a few ambushes from aliens popping out from behind hidden panels or spawns that surround the player, but the amount of healing items and the large arsenal with loads of ammo help offset this. 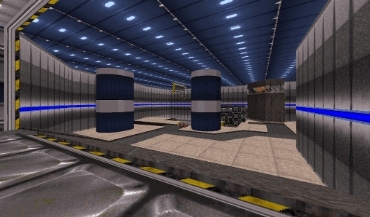 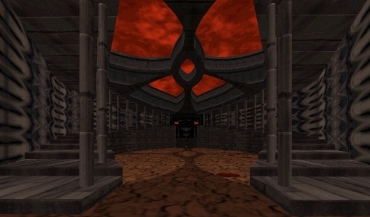 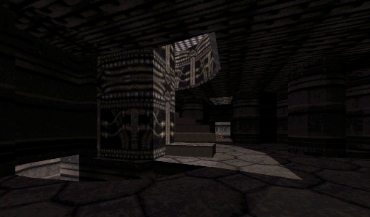 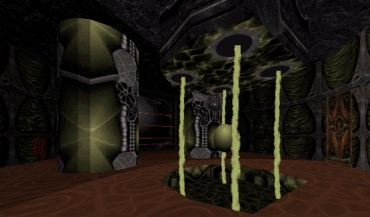 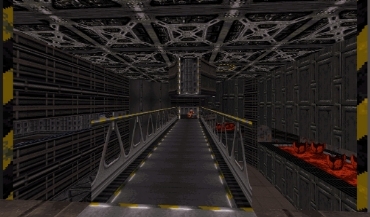 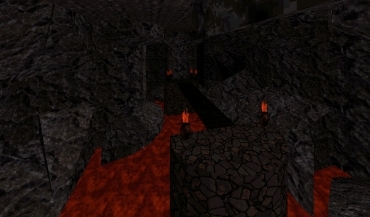