A dungeon styled map.
With the help of some art files this is medieval dark and dank crypt is pretty atmospheric with dead things everywhere, signs of torture, and the whole crypt from hell ambiance.
The floor plan is a maze of tunnels forking off in different directions. Some loop back into the "main" passage at some point, others end in teleporters that either takes the player back into dungeon at some already explored area, or the player is taken to a new section that ends up back into the maze from behind a previously locked portal.
The layout is further extended by the use of underwater sections and platforms that cross rooms and divide them into several levels.

The layout is the game play.
There are no "keys", the objective is to explore. Wandering around, the player will eventually step on the proper floorplate which unlocks a door elsewhere in the map. Sometimes the map conveniently teleports the player near their destination, sometimes not, which may cause alot of aimless blundering about until the newly opened portal is stumbled upon.
Supplies are also delivered by floorplate. Initially it seems that the player may be over burdened with equipment and health, but after a while the cause for all this excess becomes quite clear. Fighting several nasty baddies frequently in close quarters takes its toll. 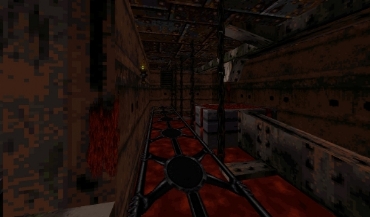 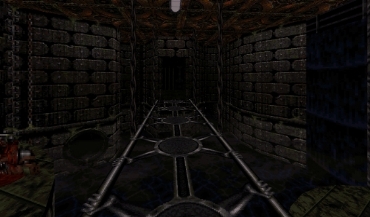 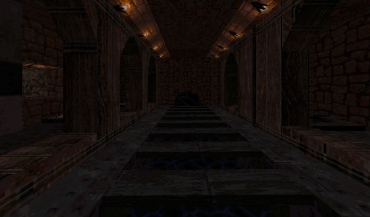 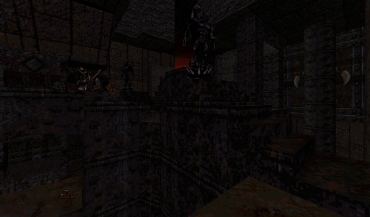 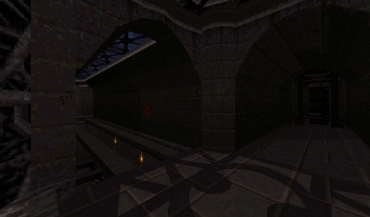 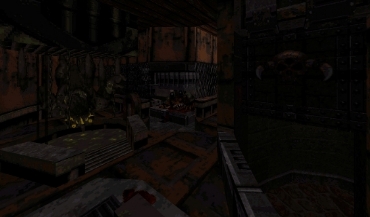