An alien infested hi-tech base.
Duke is woken up prematurely from his hibernation chamber and must investigate what's going on.
The map is made up of a series of rooms interconnected with corridors, stairways, and raised platforms that branch off in several directions and create a group of several loops. There are also a few teleporters, lifts, and drop chutes used to get from one location to another.
Navigation can get slightly confusing at times and there are no view screens or clues to assist, but usually when something is opened it's close at hand and not too difficult to figure out.

Game play is a mix of switch puzzles, key card hunting, and touch plate activations.
Some of the touchplates are not obvious as to where they are and what has been opened, but more times than not it's easily discovered. An exception is the room right after the trip mine trapped corridors. Half the room is barred off with pillars, but the player can see the open door way on the opposite side. Figuring out how to get there may cause some additional exploring of areas already visited.
One of the switches in the red locked area is incredibly well hidden and may cause alot of wandering and exploring to find it. It's also not obvious that the lift is actually a lift other than the texture it uses which is different from most of the rest of that area. This also applies to the lift in the room that holds the red card.
Combat can be challenging, especially in the beginning of the level, when the player is only lightly armed and is assaulted from several directions at once. The usual scenarios follow the pattern of medium to light resistance in the corridors with intense fire fights occurring in the larger rooms and major junctions.
There's a multitude of weapons available, but ammunition for the stronger guns is limited. Health kits are spread a little thinner than bullets and they're usually placed around the locations of major conflicts.
At the end of the level there are a few options for finishing it out. The boss is encountered a little early in a smallish room, but can only be seriously fought if the player has the fire power and is quick enough to dispatch it before it can walk over for some stomping action. Progressing after that, the boss is met back in the hibernation chamber room along with a few cronies. Addition supplies are provided to boost Duke's chance to take them all out. If it still looks hopeless the player can make a dash for the nuke button. 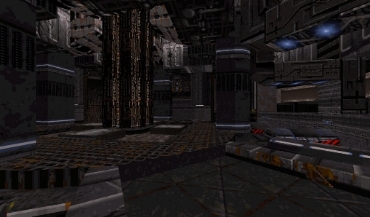 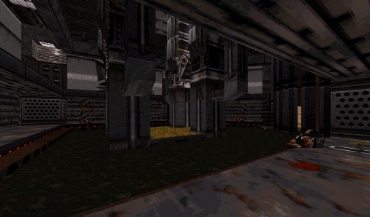 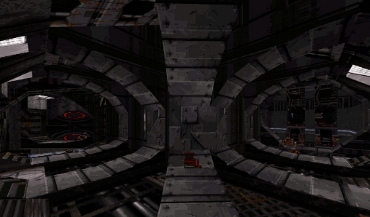 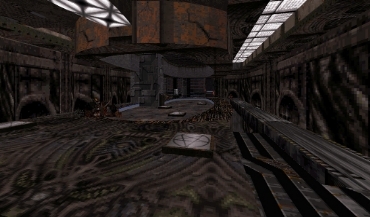 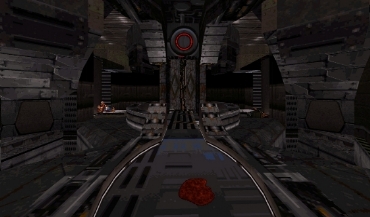 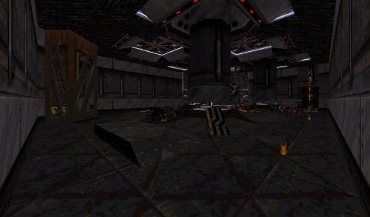