A high tech fortress infested with aliens.
The map is composed of a series of small to medium sized rooms connected via stairwells, corridors, and under water passage ways.
The layout is linear, but several portals open which allow access to earlier portions of the map allowing a shortcut for the player to go back and collect supplies if necessary.
Construction is pretty solid with good architecture and nice texture combinations.

Game play is a mixture between key cards and floor plate activators.
Finding and using the key cards is pretty straight forward, the interesting part is the touch plates. Due to the linear nature of the map the player is forced to follow a certain path and eventually an activator is going to get triggered which changes the structure of the surrounding area. A simple door might open, a floor may sink down, water may rise, walls might blow open, or stair cases may appear.
This apparent interactivity with the environment makes exploring enjoyable since the player isn't sure what's going to happen when they enter a certain area.
The enemies are well placed, but the balance is tipped in favor of Duke because there is way too much ammunition and a bit too much health which decreases the overall danger to the player. 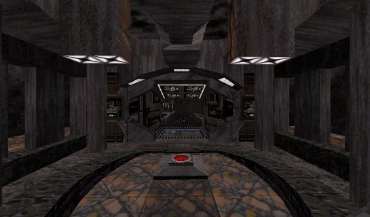 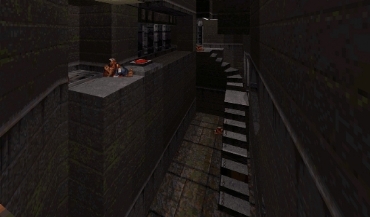 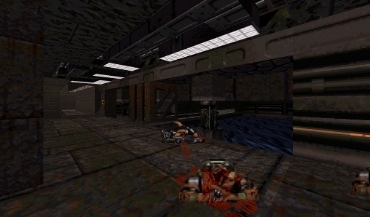 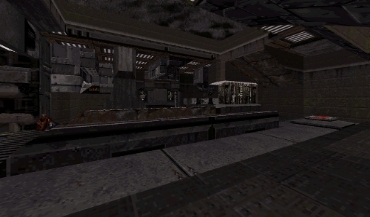 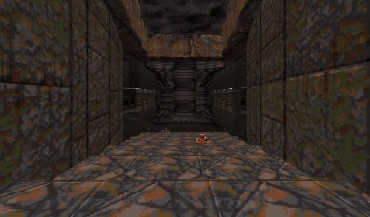 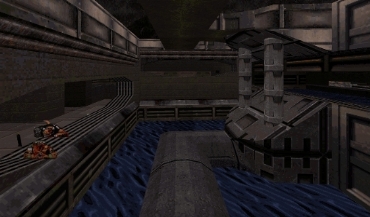