A city map.
It has the usual offices, street section, a shop, sewers, and a few other typical locations, but also has an underground alien hive section.
The level has solid construction and decent architecture; about the only thing it lacks is some areas are under detailed. There is a decent array of sounds and a few explosions for additional ambiance so the map doesn't feel too static.
The layout is hub styled and each exit off the street eventually loops back to enter at a different point somewhere along the avenue.

Game play is cards and buttons.
The keys are a pretty straight forward affair, but a few of the switches can easily be missed. It's really not that big of a design breaker since it's kind of obvious if the player ends up back on the street with no key for the next section where the switch probably is. Eventually Duke will reach a point where the last city section switch is thrown and a view screen helpfully points him in the right direction. Getting lost, being clueless, or just turned around in this map is mostly a non-factor.
Combat on the other hand is pretty rough at the start of it. Armed with nothing more than a pistol and a couple clips there's a few tough baddies that will have the player pinned down at the end of the street. Survive that and collect up some weapons and it's a bit more of a fair fight. 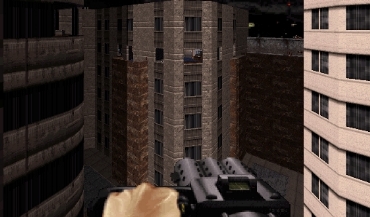 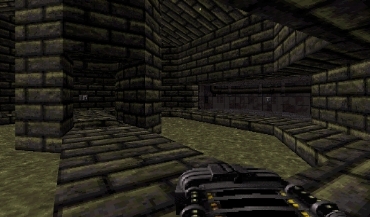 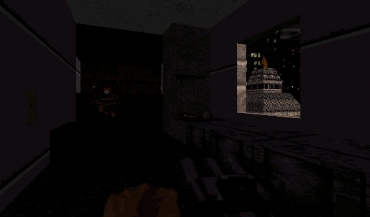 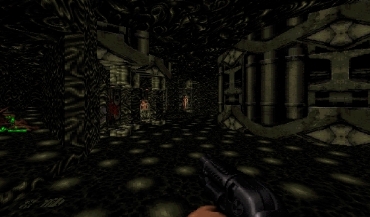 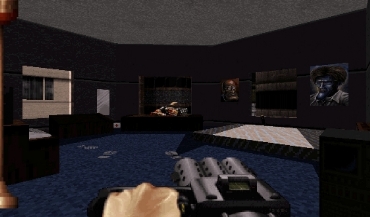