Duke starts out in an airplane that's going down. Of course starting the player on a damaging floor and with explosions coming at their face seems a bit overkill, but the escape hatch is close by. Just be quick about getting to it.
The player then falls into a convenient rooftop swimming pool and the rest of the map becomes an urban exploration piece.
The map overall is decent, with a nice layout, but there are alot of design flaws which bring down the quality of the experience. The player can get squished if the edge of the roof at the beginning is approached, and can also get squished in most of the vents. A couple of the locked areas can easily be bypassed making a couple of the keys useless.
The construction side has its highs and lows as well. The texturing is good for the most part, but there are several misaligned, detailing is sporadic, the architecture is blocky, there's sloppy sprite work that is misaligned and blocking. The good lighting and shading effects, and lots of explosions and an interactive environment do help with the ambiance.

Game play is a key card hunt, but as stated earlier, some can be bypassed.
Ammunition and health are extremely scarce at the beginning so it can be a challenge to eliminate the enemies to get to where you need to go.
The supplies and arsenal pick up a bit around the halfway point shortly after some of the tougher aliens start to be encountered, so it evens out.
The map's street area serves as a hub and is pretty open for exploration. The problem is areas can be approached from different directions, and depending on if you chose the "wrong" way, you may experience annoying behind the back spawns. 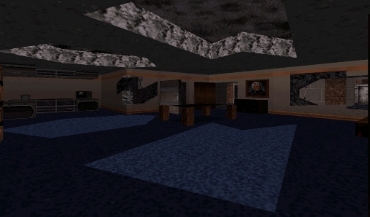 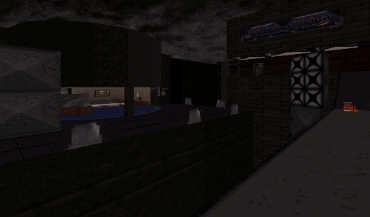 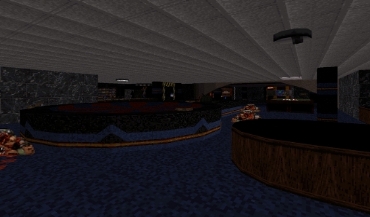 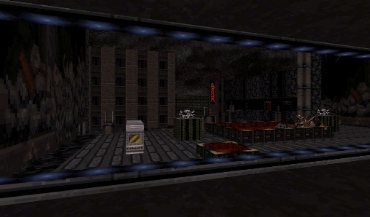 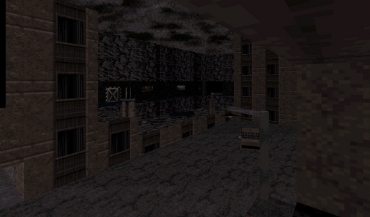 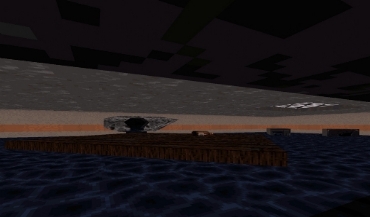