A large city map.
It has the usual shops and street locations, but it also contains other environments like caverns, a high tech base like location, and a hellish environment. Being so large does come at a cost to certain aspects; quite a few areas are under detailed and contain simple architecture.
Trimwork and sector shading also suffer, but the level still manages to pull off several decent atmospheres with minimalistic construction techniques.

Game play is a key hunt. The initial city area is large, open, and consists of several buildings. Some structures are open, but really don't contain much other than some aliens and supplies, so it can take quite a bit of exploring to find that first card.
A little caution while looking around; a few walls are not blocking and the player can get stuck in the background scenery.
The typical scenario involves exploring indoor sections, which can range from just a couple of rooms to more than a dozen, getting a key or throwing a switch, then ending up back on the street.
The only confusion comes when trying to figure out what a switch unlocked. There are only a couple of view screens so more times than not the player has to recheck all the locked doors in this large map.
Most sections also involve solving puzzles ranging from jumping across spinning platforms, to teleporter navigation, to wall cracks. Nothing too difficult, but some can be pretty challenging.
One of the harder tasks involves hopping on a conveyor floor and then making a jump across a chasm full of water. Steroids recommended.
At the start of the level it may appear as if there is way too much ammunition, health, and artillery lying around. Once the initial quiet time grace period is over the player is going to be happy the stuff is abundant. 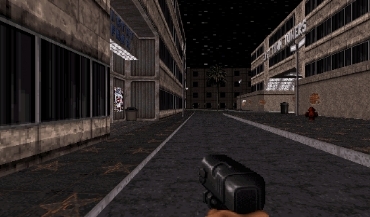 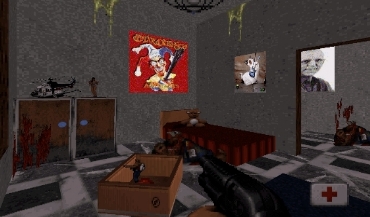 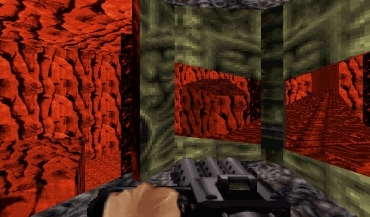 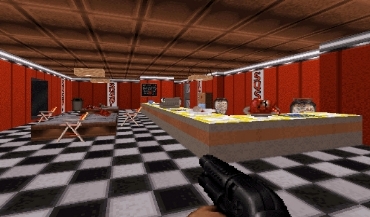 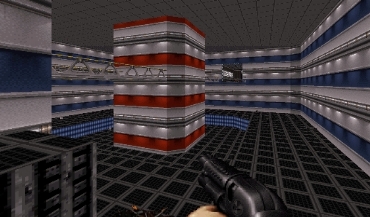 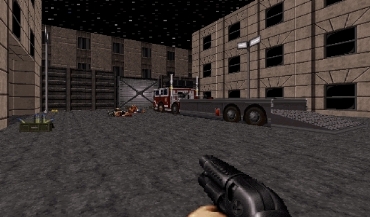