Some kind of temple-esque styled map with a small outdoor village section.
Basic and simple is the motto of this level. Flat empty medium sized square rooms and narrow square corridors is what the majority of this level is all about.
Aside from the village area, the map has pretty much no atmosphere or anything resembling ambiance. Even the village is under detailed and very plain, but after walking down several corridors that have as much to look at as the inside of an empty cardboard box, it's a relief.

Game play is a key card hunt. One key is all the player has to find. The initial part of the level resembles a rat maze and has a camouflaged door. Look for the only sprite lying flat on the floor. There's the only clue the player should need.
The next section is the village and the only fun part of the map due to the intense fire fight. Find the building with the weird door to leave. Clear the prison section's two or three rooms and find the end level sector.
By the time the player reaches the red key they should be loaded down with weapons and ammunition.
Don't worry about healing items either, there's more than enough. 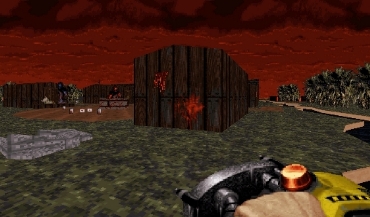 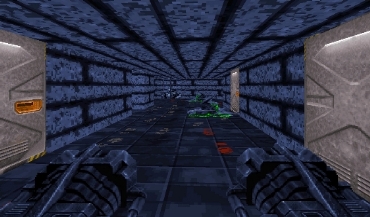 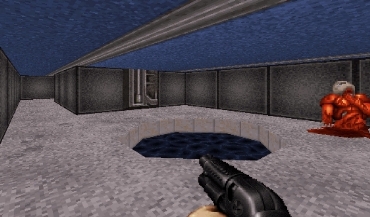 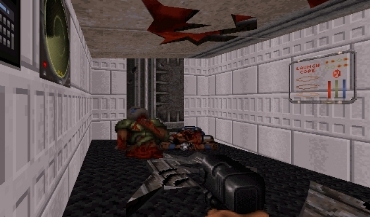 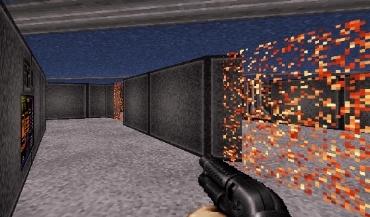 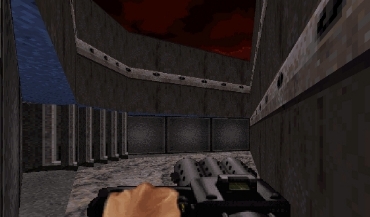