A city map with inspiration taken from the Roch series.
There's a story line to follow; a certain mapper has been taken hostage by the aliens allegedly under the control of a certain evil individual. If you follow along it leaves off in a cliff hanger and implies there might be a sequel.
The map itself consists of typical locations that include a book store, a hotel, a science lab, some roof top locations, an underground prison facility, a street area and several apartments; some of which show signs of invasion damage.
Construction is pretty solid, there are some real nice texture combos and trimwork, a few areas make good use of ambient sounds to build up tension, but like the original Roch series, some of the indoor locations can be fairly cramped. Overall the impression is the aliens have just landed on the other side of town and started stomping mud holes into the city block where the story takes place.
There's partial damage in certain areas and signs of fighting in others with the destruction radiating out from the focal point and getting more prominent the closer to the landing site the player ventures.
The layout is hub styled that uses the street as a central location and areas requiring exploration placed around its circumference. The map is pretty short, but the multiple locations make it feel larger than what it really is.

Game play is a combination key card hunt and button pushing event.
Since most indoor locations are only one or two rooms deep it's fairly simple to find the key or the button for that site, and there are labels or view screen with clues in most instances so getting lost or not knowing what to do is hardly an issue. Combat can be a little challenging.
There's a variety of aliens to encounter and they're well placed. Spawns are done to keep any instances of backtracking action filled and to boost the enemy presence at key locations so there's never a dull moment.
A variety of weapons are also provided to match the adversary's strength, but ammunition for each is fairly limited. There's enough to take on all the baddies, but the player won't be depending on just one or two weapons for all their needs.
Healing paks are even spaced out around the map, but there's only a limited amount, so use them wisely. 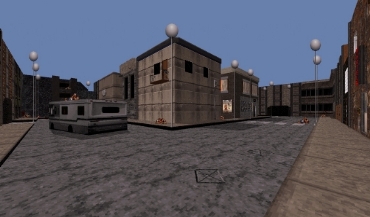 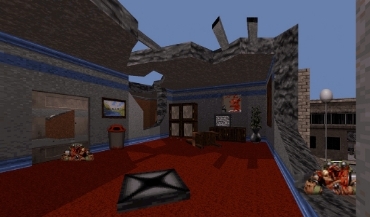 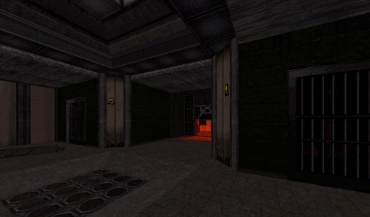 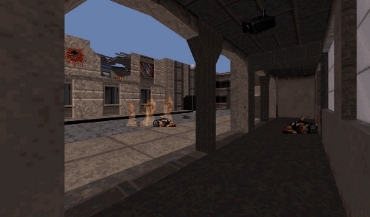 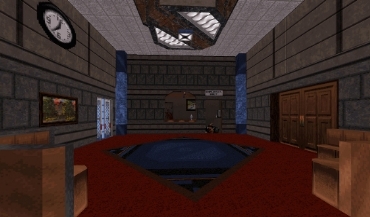 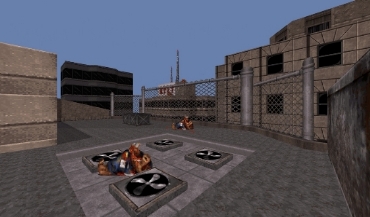