If you're into sandbox type of levels - a style not many Duke user mappers really dare to tackle - then Dukebot's newest piece "Lost World", regarded by the author himself as a new start in his mapping career, should be right up your alley. Name of the level is an accurate representation of the basic plot as in "Lost World", Duke finds himself stranded in just that and as the player, you're obviously the one to have to pick up on its navigation.

Great care was put towards crafting a credible (on Duke 3D's standards), immersive location with a certain attention to detail that - quite surprisingly given how that typically tends to result in cluttered and unpractical levels - never gets in the way of the gameplay here, nor of the scale of the map at all. Quite to the contrary, the feel of exploration is amazing, the impression of an alternate world to explore with different lands to take over is really there, and built in a way that originally takes some time for the player to grasp but then becomes a very simple layout to master, thanks to some clear landmarks, and visual touches that really convey the idea of said lost world being broken down into different lands with their inhabitants and specific intricacies.

The map is large indeed, and the firefights are very much shooting gallery style but in fact, because of how varied the terrain is and how crazy the encounters can get, a million of scenarios can happen with every fight, encouraging the player to develop strategies such as using the variations in landscape to retreat or trap monsters - when you're not the one getting overwhelmed due to bad decision making, that is. One of many other strategies one can develop is aligning themselves with the vegetation to block some of the shots and rockets, all the while firing back - basically the whole battle arena functions as such very well. The map's dynamic in general is super explosive, and its design makes for a lot of different ways every scenario can play out, including monster respawns, ensuring lots of replay value.

The ending does come up a bit abruptly, but not after keeping Duke on his toes with one particularly memorable, frenetic, hard-earned battle that essentially consists in conquering a whole portion of the map.

With "Lost World", Dukebot really reinvents himself all the while suggesting a fresh take on the game that mostly brilliantly breaks away from some of its most established conventions. An inherently well-designed map that really functions as an alternative way of seeing and playing Duke 3D. 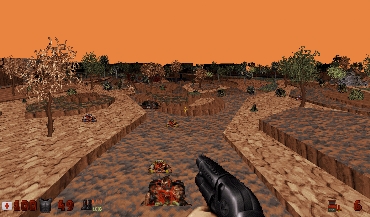 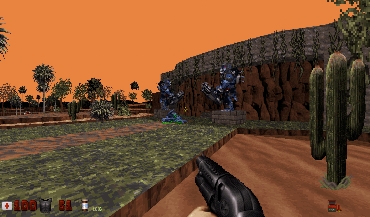 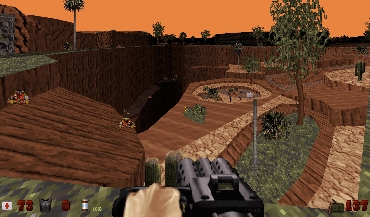 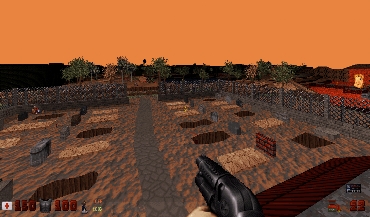 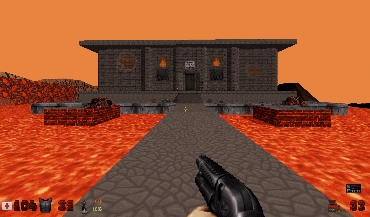 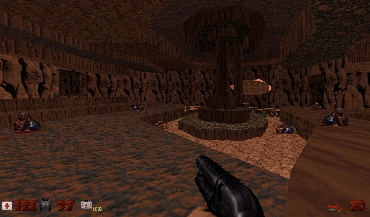