Duke is help hostage in a prison cell by those alien bastards. He must escape and shut down their power plant.

A large map consisting of mostly indoor corridors and rooms with a minor outdoor area.
A nice solid design and a decent layout. There are a few architectural structures, but a good portion of the construction is made up of sprite work.
Texturing is good in most areas, but there are a few odd choices and dramatic switches from one area to the next. The detailing and texturing are well done and when coupled with the ambient sounds and effects, a nice atmosphere is achieved.
The map is a bit buggy though; save alot because it randomly crashes for no apparent reason and with all the sprite work, there are several problems with clipping.

Game play consists of mainly solving a multitude of well designed puzzles made up of such things as swiches, mirrors, colors, math, and more.
Not to leave the action to just running around and figuring out where to go next after solving puzzle solutions, there's a fair amount of enemies to keep you occupied as well.
Health and ammunition can be a bit tight at times, but there's enough of it spread around to keep Duke alive and fighting. Even though most of the game takes place indoors, other than the initial start area, combat and movement don't feel confined.
The only disappointment was the way it ended; abrupt and unexpected. 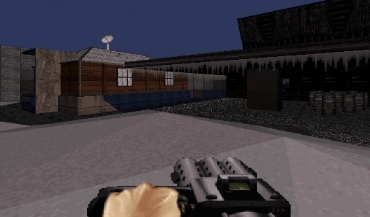 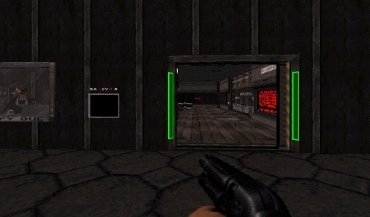 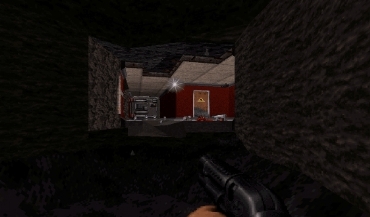