A city map that's several blocks across and has a multitude of buildings and locations to explore.
While there are a few ambient sounds and a couple effects, the level is otherwise pretty flat and plain due to the blocky architecture and the lack of trimwork or shading.
The layout is wide open and the player can go where they please. It's good for those that like to explore, but the downside is the level can be completed without visiting a large portion of the map.

Game play is a card hunt.
It's pretty much random chance on how quickly the cards and locks are located. About the only challenge is to either find the secret with the jetpack or to make a jump off a moving vehicle onto an apartment balcony.
Combat is also left to chance. Either the player comes across the weapon stashes quickly, or they end up running from a bunch of pigcops until they do get adequately armed to fight back.
Weapons, healing items, and supplies are scattered pretty generously throughout the map, so circumstances requiring running won't last too long if it happens to play out that way. Eventually the player will be heavily armed and have any enemy encounters easily out-gunned. 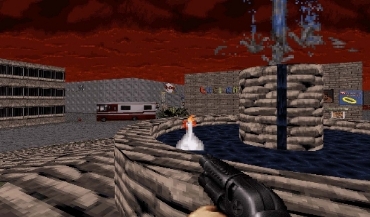 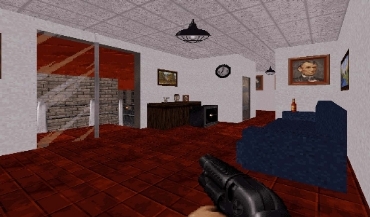 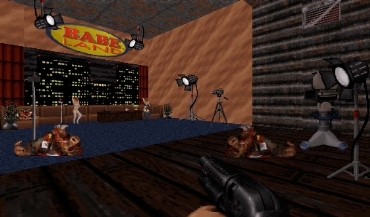 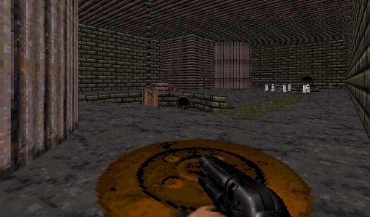 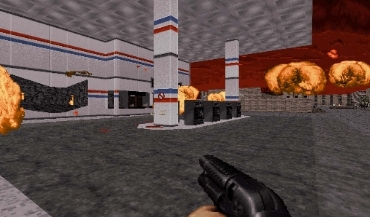