A canyon styled map with short above and below water tunnel systems, a high tech base embedded into a cliff face, and a hotel situated in a wide valley.
The level is appealing to the eye; it is well detailed and architecturally sound. There are plenty of rock outcroppings and rises and dips in the elevation providing some realism to the environment given that there are almost no boxy borders or flat surfaces.
The layout has several forks, twists and turns; the player can go the "wrong way", but can't get very far without realizing they need to go back the other direction.
Some basic mistakes can ruin progression; the player can get into the background areas and bypass barriers allowing for large sections of the map to be bypassed.
There is also the issue of very cluttered and cramped indoor areas which are most prominent in the hotel.

Game play is a keycard hunt.
Other than a touchplate sequence which opens a new path and minor switch or wall crack access points the progress is pretty straight forward.
Alien engagements follow the pattern of awful quiet, a baddie or two, swarm! Repeat. While rather redictable it still makes for some exciting action.
You're not quite sure what's around the next corner and you have to make adjustments in tactics to compensate for the surrounding terrain.
Healing items can be a bit stingy at times, but the arsenal is more than enough to handle any situation. 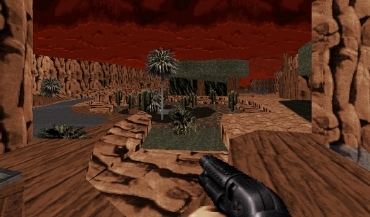 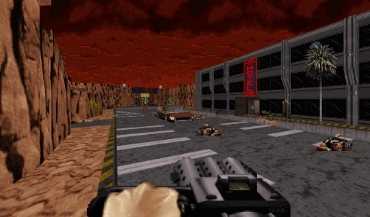 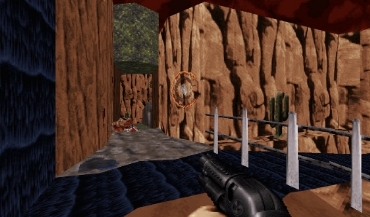 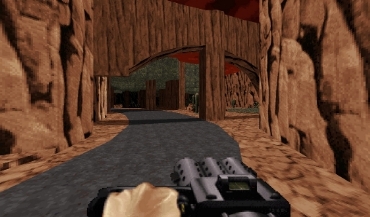 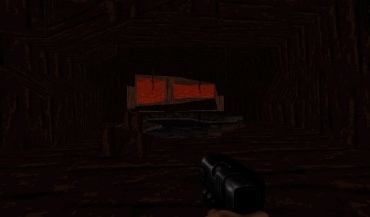 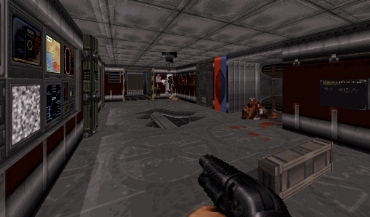