A city that's supposed to be located on the surface of Mars.
Consistency with the theme is off. The player takes an elevator then suddenly they find themselves on a lunar surface with the Earth Hanging in the sky. I guess it goes with all the other incredibly sloppy texturing choices and misalignments prevalent throughout the level.
Construction overall is pretty basic; big blocky rooms, oversizing, almost no shading, and detailing consists of slapping in as many sprites as possible.
The layout has almost no rhyme or reason to it; just wander around until the exit is stumbled upon. More than three-quarters of the map is just excess side areas with no real gain for exploring them.

Game play consists of picking up the hundred or so shotguns lying around and holding down the trigger.
Caution still needs to be taken; there are booby traps and all the healing items are lumped in some random back corner of one location. 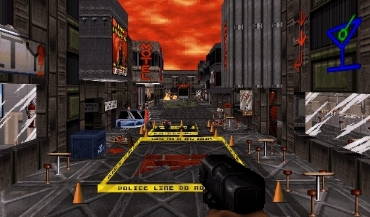 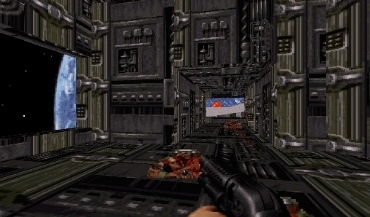 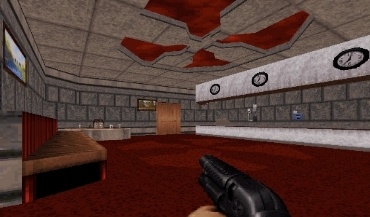 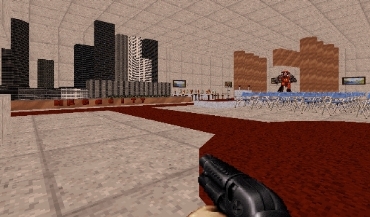 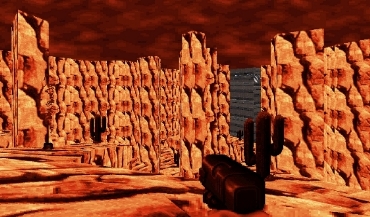 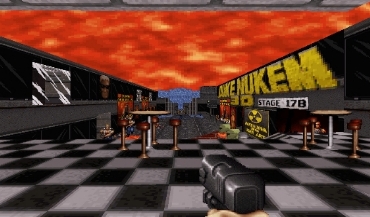