An EDF station on Mars.
The level is decent looking with high tech areas and other facilities that would accommodate creature comforts while living in a hermetically sealed environment. A few locations have view ports to see the outside terrain and give the map a little depth.
There's some usage of palettes and lighting effects to provide atmosphere, but the wall shading is pretty weak in several areas and some more sounds could have helped the map feel less static.

Game play is exploring until the exit is found.
There are no puzzles, locks or anything interactive. The player can pretty much bee-line to the exit and finish the map in a minute if they know where the nuke button is located.
That kills any re-play value and doesn't make for a fun map if the player happens across the out path right away.
There are no enemies in this level. This leads me to believe the original intent was some kind of introduction or intermission map in a planned episode. True or not, with no puzzles and no fire fights, the experience leaves alot to be desired. 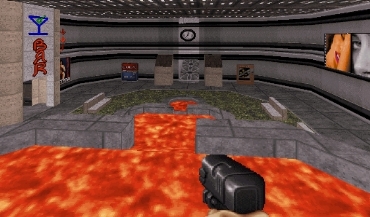 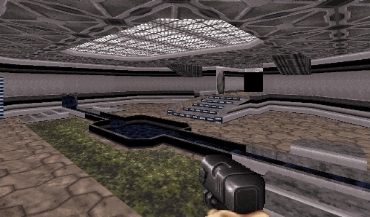 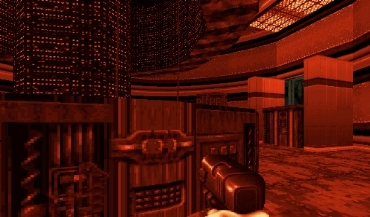 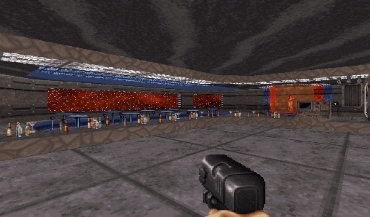