A twelve map episode done in the classic 3DR style.

There are a total of fifteen maps: ten for the episode, one secret, and four boss maps.
Upon reaching the end of the last level the player is presented with four nuke buttons from which to choose, each leading to a separate final battle.

The majority of the levels were individually built in a twenty four hour period so the classic 3DR style was the preferred choice of making a map that is clean and bases its atmosphere on strong shading and complimenting texture work instead of heavy detailing.
As with the original episodes the ending of each map leads into the beginning of the next map. The transition from one level to the next is near flawless and the player may receive the impression that they are actually playing an original episode.

The maps consist mainly of urban environments with plenty of indoor and outdoor locations that you would typically find in a city, are short to medium in size, and shouldn't take very long to complete.
Each author has their own particular style; MetHunter has squared architecture where Merlijn has more angled structures. CK3D maintains a certain level of detailing and spritework, and Mikko has a straight forward, no nonsense or backtracking design.
A few of these maps are pretty camouflaged so you really have to look for the nuances to determine who built it.
CK3D made the lion's share of the maps, and because a couple of his levels were built as stand-alone releases, they were constructed over a period of several days instead of the 24 hour restriction.
They are a bit larger than the rest and definitely have his signature style of detailing. This is not to say they don't belong, but you can tell you're playing a CK3D map.
There is also a train map which isn't necessarily of the original Duke3D School of design. When I saw it I thought, "Blood", but the ambiance is done in the classic 3DR style and still fits with the rest of the episode.

The boss maps are something else.
One is of a large stadium and can be semi-challenging.
One is some sort of jumble of alien-esque areas mixed with creepy urban locations that really has no sense of flow and can be more frustrating than fun.
Another is sort of an alien hive, which really doesn't fit the theme, but is pretty fun.
The last consists of a roof top styled fight and is incredibly fun.
I suggest trying them all and drawing your own conclusions. 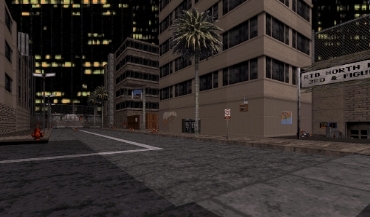 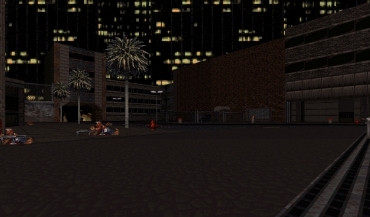 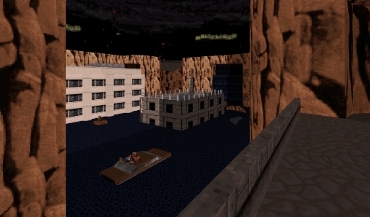 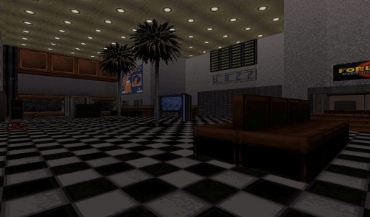 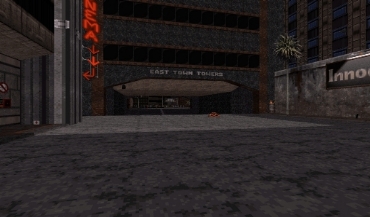 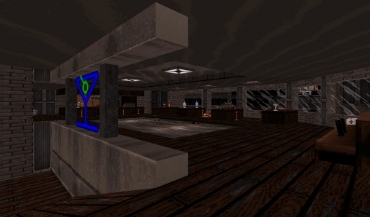