A map taking place on the streets of Miami that gives you a feel of a classic map. It contains plenty of stores and back alleys to escape the heat of the street,the main back alley covered in graffiti and beer bottles gives Duke the grungy city feel, the type that makes you want to kick someones ass.
Decent time was spent on making the inside of these buildings to have good themes, one of them being a tattoo shop. It's only knack is some textures were misaligned due to rookie mistakes since this is the authors first map.
Weapons and pick ups are placed great, the spawn points are mostly good except a few of them can be a bit dangerous putting you in the heat of the battle at times be prepared to shoot. This map could have been used in a single player style becasue it carries the Miami essence so well. Don't worry there's 2 liquor stores, that should be enough beer for all Dukers who want strate forward action. 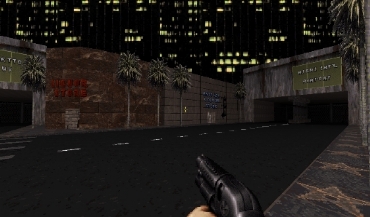 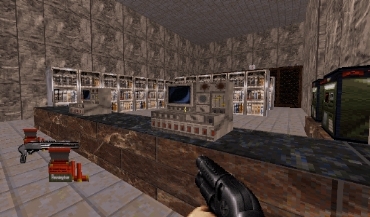