A small city block styled map with a decent layout and areas consisting of a city street, an apartment building, a store, a bar, a sewer, and a few more sites.
The architecture, texturing, shading, and detailing are slightly above average in design. Quite a bit of the game play takes place in small rooms and the over usage of sprites makes for some pretty cramped quarters.
If you enter the sewer through the ventilation shaft on the roof before you blow up the manhole cover, you're screwed and can't get back out the top of the air duct.

A not too difficult key card hunt.
The keys are fairly easy to find and there's not much in the way of puzzles needing to be solved.
Duke is armed a little too well and is over matched against the aliens, but health is a bit scarce so conserving life is the biggest challenge.
Other than feeling cramped indoors, it's not too bad of a map for a quick play. 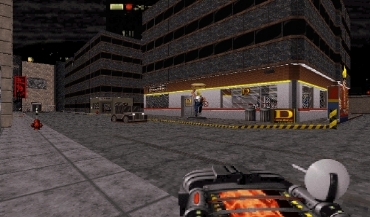 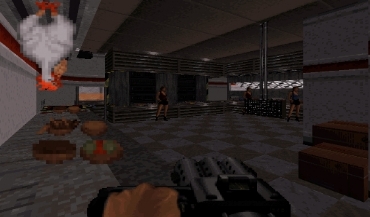 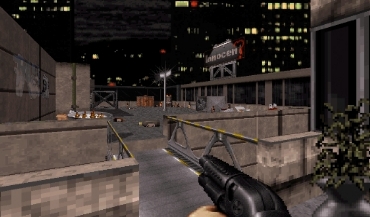 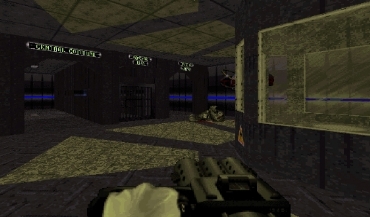 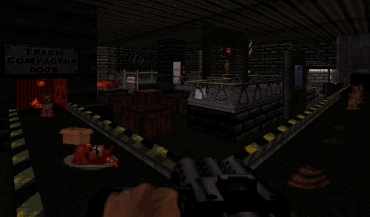 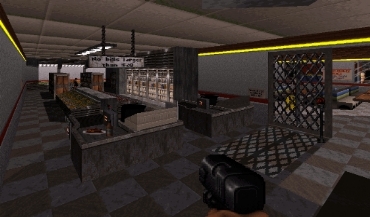