It is designed to be the second level of a complete episode, so if you didn't play the first one you will not understand the beginning, but it is not important. In e1l1 you (may) have discovered that the prison was a " rendez-vous " for dinner of some earth bad guys. And now, you find that it is also a training center for aliens preparing themselves for combat...

The map consists of resting areas, sauna, class room, caves, underwater areas and more.
Roam the facilities for switches and keycards to unlock new portions of the map.
Design is quite good and with some attention to ambiance such as lighting and shading.
Texturing and trimming is good for the most part.
Weapons and power-ups must be earned...
Spoiler Warning: there is a good chance you may be stuck in this level. If you don't want a hint; stop reading here.....in the city block there's a sign on the wall that says "Up"...but you don't have the jetpack. That's probably because you missed a crack on the wall. The crack might be hidden behind a door. The screenshots will point you to the right door.
Good luck at the training center! 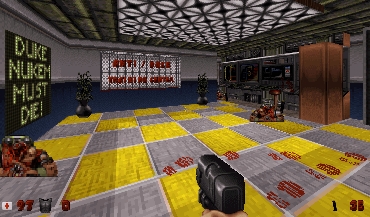 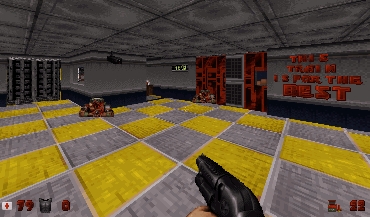 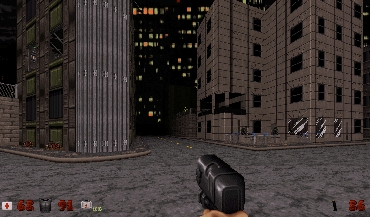 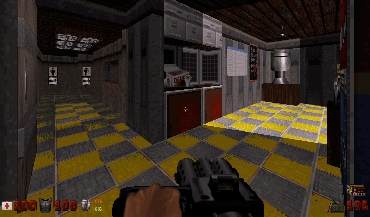 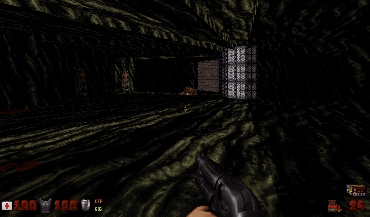 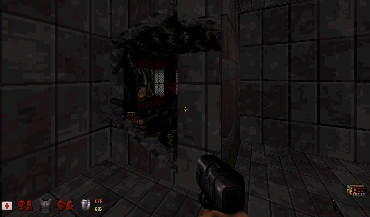