A level that takes place around a shipping port.
Most locations are conventional such as inside a cargo ship, underwater sections, a dock, a warehouse, and a combination port control office and power reactor building. There's also a huge library in case the sailors get bored and need something to read to pass their time.
The outdoor and underwater sections are evening time gloomy while the indoor locations are well lit.
Construction wise the architecture and trimwork are well done, shading is strong, and detailing is sparse, but adequate.
Texturing could have used more range. While the use was proper the selection was limited which made most indoor areas look exactly the same from one area to the next.
While some redundancy can be helpful to getting the player turned around while exploring a building; using the exact same set in a completely different building is overkill and makes the atmosphere seem tedious.
The layouts inside both major buildings are very well done and creative. There are many rooms and passages that circle around and lead to common destinations and this coupled with ventilation shafts can get the player easily turned around until extensive exploring is completed. Somewhere hidden in all those corridors and rooms are puzzles to be solved to get a key.

Game play is mainly a key card hunt.
The library and the port control building each have a puzzle to solve in order to get a key and move on to the next location. The library is basically an exploration to find the shrinker then use it on yourself styled progression. The most difficult part is becoming familiar with the complex layout of the building. You won't get "lost", but initially it's not easy figuring out how to navigate the maze to get to where you need to go until enough looking around creates adequate familiarity.
The map can be exploited to get the shrinker early, but that's on you to figure out. The puzzle in the port control building is quite a bit more confusing. Again the player is expected wander around in a maze of hallways and rooms searching for switches. The problem is there's absolutely no indication or clue as to how many switches there are and if the player actually found them all except by blind luck.
There's only three ways to figure this one out; re-explore the entire map when you get so frustrated that nothing else seems to be open and blundering across the unlocked door by chance, notice the minute differences in the reactor room by seeing it on the one view screen provided way on the other side of the building, or noticing the bottom half of a newly opened door in the reactor room through the glass from the observation room above it.
Of course now that the difference is noticed it's time to figure out how to get down to the reactor room. It's assumed the player has visited an earlier section of the map on the other side of the level and accessed through some underwater tunnels. The location can be passed right by, but we'll just assume that you know it's there. Since there's nothing there but a couple locked doors we'll just assume that you'll know that those are the doors that were unlocked from the other side of the map. Frustrating is putting it mildly.
The conference room can be exploited to get in and get the key if you're tired of aimlessly wandering around, but that's on you to figure out how.
Some well-planned doors or opening windows would have also saved the player alot of unnecessary backtracking. The player has to go back and forth through the same underwater tunnels four times, once early in the game then three times immediately back-to-back-to-back, and with no respawns to keep the action flowing.
Other than that lull in the action combat is very well planned out. Weapons are given out slowly, ammunition and health are few and far in between, but there's just enough to get by on. It's challenging, but never unfair. 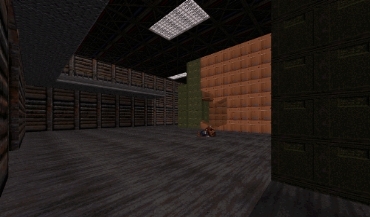 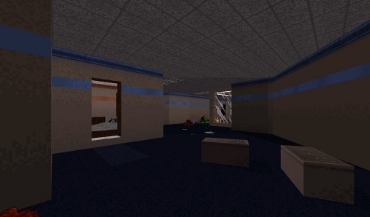 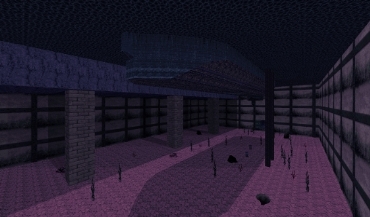 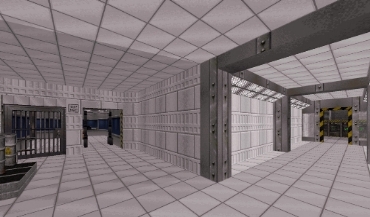 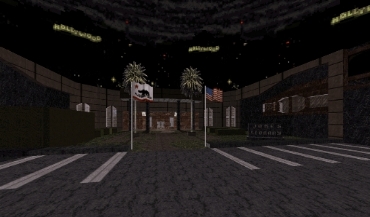 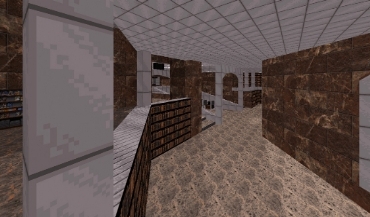