A two map mini-episode.
The first level starts out in the laundry room of a town house; pretty quiet with all the people disappearing lately. Need to go get some beer; never leave the house without being armed. If it isn't aliens it's insurance adjusters.
The level is of an old worn down and dirty industrial section of a city divided into two main sections. The first is a city block which contains the main street area, a night club, a subway station, and access to the second primary location through a small factory assembly line styled building.
The second section is an old storage warehouse and shipping lot full of crates. The second map takes the player from the subway station to a harbor complete with derelict factories, warehouses, shipping and storage yards full of containers and conexes, and loading docks with cranes, railcars, and semi-trailers.

Both maps are gloomy, dingy, and very worn with wall stains, broken out windows, and litter haphazardly strewn about. There are plenty of nooks and crannies to explore, building ledges to climb around on, crates, girders, pipes and wall protrusions to jump across, vents to crawl around in, and a short underwater section to navigate.
Construct wise the maps are excellent; good trimming, nice architecture, meticulous spritework, and locations are nice and open allowing for easy movement, but not so vast that it takes forever to get from one site to the next.
There are numerous sounds to compliment the atmosphere and there's good sector and wall shading, but the prevalent gloominess seems to have been incorporated throughout the entire map. Street lights and indoor lighting brighten up entire areas instead of being more locally focused and creating stronger contrasts.
Indoor locations with minimal light sources are evenly lit with the same brightness at a certain distance from the bulb instead of getting darker the farther away one gets.
There are also some invisible walls; though these are logically placed they can be deceiving. What appears to be a dead end may not be so. Nothing is hidden that is required to complete the episode, but it's worth your time to take a closer look at areas that may not appear to be accessible due to how far you're actually allowed to go.

Game play is a combination key card hunt and switch throwing undertaking. Both maps are hub styled with locked sections around their respective perimeters. The premise is to enter a section, solve the puzzles be they either unlocking switches or navigation styled such as jumping through broken windows, across terraces, and climbing walls, or to maneuver through vents or underwater sections, or any combination therein.
Combat is fairly challenging. Initially encounters consist of running face to face into a few minimal forces, but once specific goals are achieved the backup reinforcements arriving on scene are a bit tougher customers and can present some difficulty taking out with the minimal arsenal provided. There's plenty of ammunition, but healing items can get a bit stingy at times so it may require some tactical positioning to get in some good shots without taking alot of hits yourself. 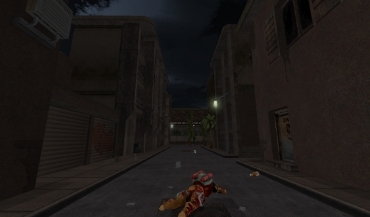 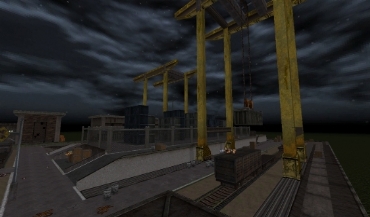 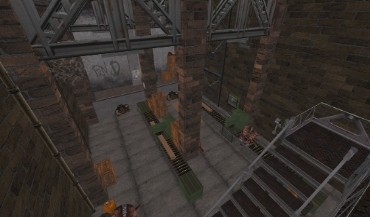 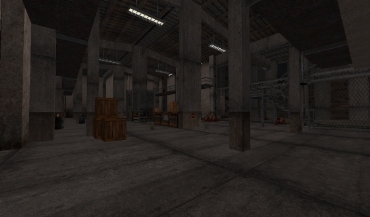 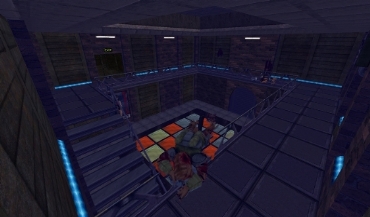 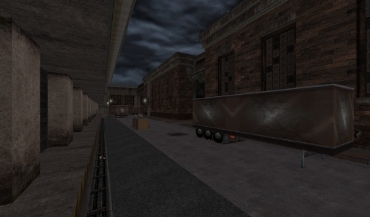