An existential dream-like map.
It's pretty crazy looking; dimensions are all warped, things are stretched, shrunk, upside down, and is just full of weird anomalies and illusions. There are odd combinations of textures and palletes and all sorts of off-the-wall sprite constructions that really throw off ones sense of depth and perception.
The level consists of multiple environments that can range from water world, to hell-like, to some hollow tree looking thing, to jack-in-the-box. You never know where you'll end up when you step through one of the gates. Getting around in this map can be a huge pain at times; especially in the gate hub area and the worlds with mazes. The amount of invisible blocking walls is above and beyond normal and it's basically a series of smashing Duke's nose then hugging the air barrier until a way around is found.

Game play is about completing a series of puzzles in various worlds.
The player is supposed to step through a gate, reach the other side of said world and hit a button or just exit back out to the main hub. Repeat this about half a dozen times and a wall finally raises from the ground allowing access to the end of the map.
There are three main themes to the worlds; either they're big open areas designed to have a massive fire-fight, they are jump puzzles, or they are just a maze to be wandered through. Almost every one of these puzzles can be screwed up or will outright kill the player, so it's a good idea to save alot; even when you don't think its necessary save anyway, then back that save up to another slot.
Some examples are floors can be blown up preventing progress, invisible ladders are hard to get on and could drop the player into bottomless pits, the player can actually clip off the path in the water world and get stuck in the out-of-play area, there's only one or two spots inside the hollow tree where the player can survive the fall and it will probably take a dozen tries before finding that safe place to land.
There are a dozen more ways to die or screw this map up, and that's not counting the nasty ambushes, huge respawn hordes, or just being thrown into the middle of a room full of aliens and having nowhere to take cover.
This map is designed to set the player up for failure and even with all the weapons, supplies, and boosted health expect to die several times. 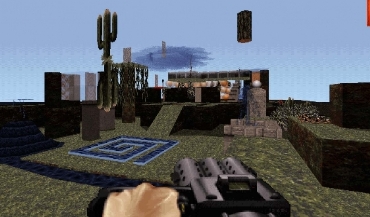 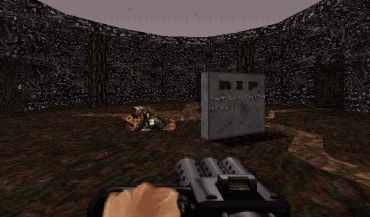 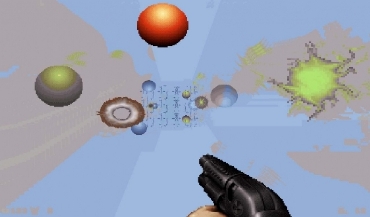 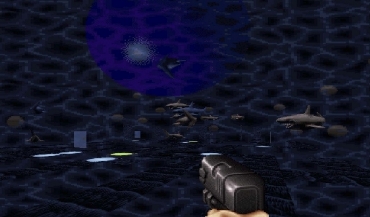 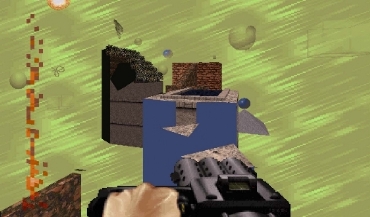 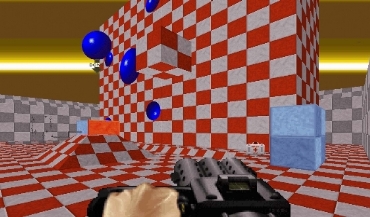