A small level set around a city block. The small size is probably because this map was a part of an episode project by the author that I think wasn't finished....
Duke must visit an office building, a burger joint and a garage area.
The goal is more or less to find a couple of keycards, kick alien asses and nuke the place.
Design is on the average for the most part even though some areas are quite cramped.
There are tons of weapons, ammo and healt kits along the route in which are guarded by some 80+ aliens.
A fun little map that consumes about ten minutes of your time. 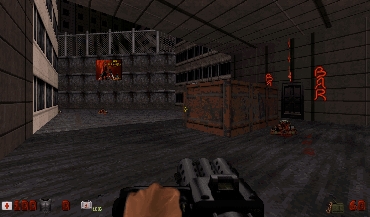 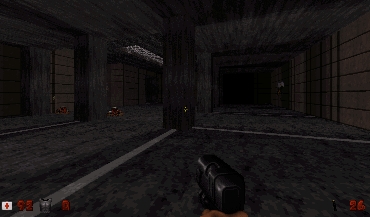 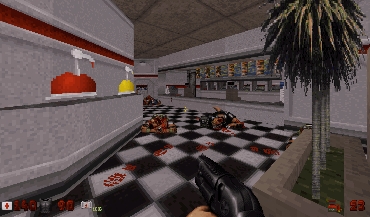 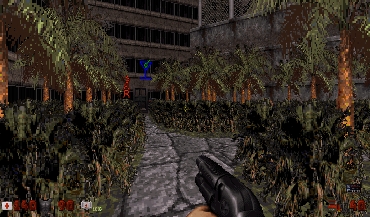 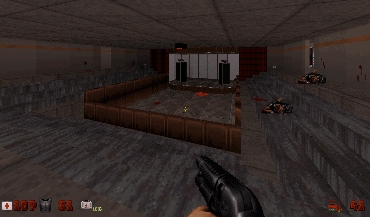 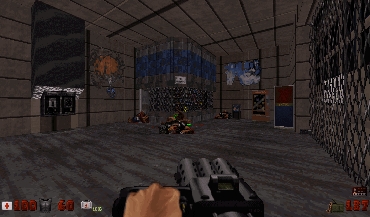