It appears that the aliens are capturing humans and forcing them to mine for minerals on the moon.
The player starts locked up in prison and must make their way to the exit, presumably to escape.
The significant portion of the map is made up of small, barely adorned rooms in a redundant fashion. In several cases, even the rooms that aren't prison cells or crews quarters are scantily detailed.
Where it falls short in those locations it makes up for in others, as most of the constructive effort was put towards the underground tunnels and the lunar surface.
The author also does a decent job at shading and texturing for most of it, so it's not totally dull.
The player basically moves from the surface of the lunar body to somewhere deep underground, and then back again. It involves some jump puzzles, lifts, swimming, rock climbing, and blowing things up. A few key cards, some buttons, and lots of alien killing are tossed in to keep the action and environmental invlovement at a constant pace.
The author was even nice enough to provide a heavy dose of respawns to keep the player company as they backtrack to the final lock.
More fun than a rock in your shoe. 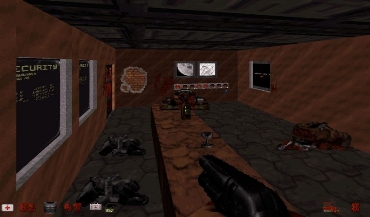 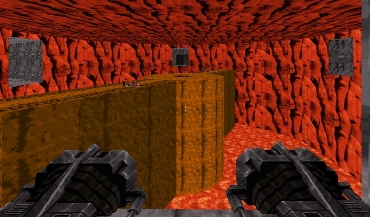 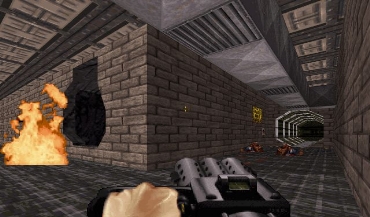 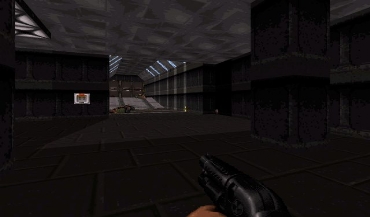 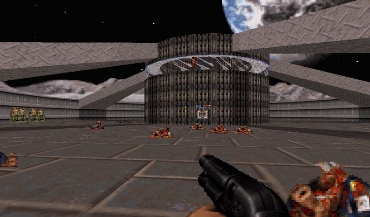