A 7 map episode (including 2 secret levels) and an additional 2 map Dukematch episode.
New enemies: the scorpion tank and a couple different breeds of slimers. A new, powerful weapon to replace the shrinker. New art and sounds.

The series of levels starts the player in a space craft crashing into an already partially destroyed moon base that's been overrun with aliens.
From there Duke invades an alien moon base and then goes into space to infiltrate a station that's being assimilated by the baddies.
Then it's off to a space based military missile launching facility and finally back to an alien station to take on their leader.
One secret level is a short, space based styled map and the other is some weird, disjointed, existential level (think "The Dream" released by this author) that has nothing to do with space or a moonbase that seemed to be added in for no purpose other than to boost the number of levels in the episode.

The maps are large, well designed, and have good layouts.
They are loaded with detailing, lighting effects, architecture, and nice texture combinations.
Some of the construction is a bit boxy and there were a few texturing issues, but not on an extended scale.
The only major issues affecting the game were the rooms too full of stuff making for some very cramped quarters.

Combat is pretty straight forward; the arsenal is stacked, there's ammo crates and health everywhere, and there are aliens around almost every corner.
Most maps focus their game play on different aspects; some are mainly key card hunts, some are more button puzzle oriented, others have jumping puzzles, while a few involve escaping collapsing rooms and avoiding getting blown up.
Some aspects can be a bit annoying; in the first map the blue key hidden in almost impossible to find area, several have annoying explosions that can't be avoided, and a couple of collapsing ceiling traps are accompanied by explosions, even if you escape the trap, you still get blown up.
Aside from the pitfalls the episode is pretty fun, but you should save alot. 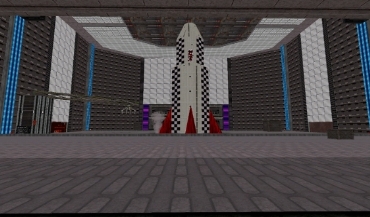 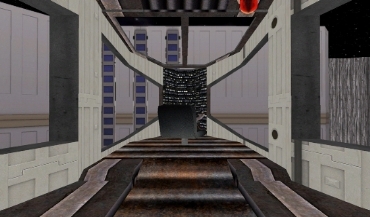 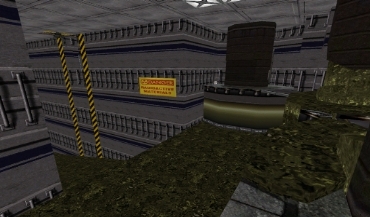 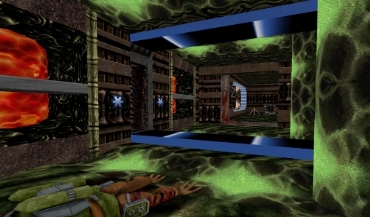 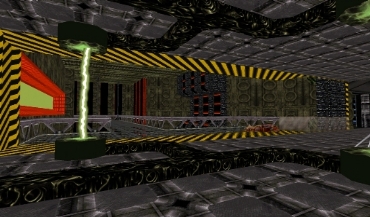 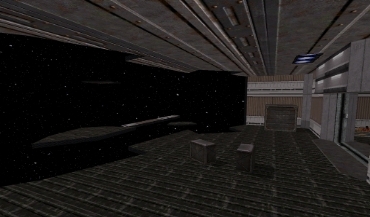