A moonbase styled map.
The map is mainly made up of small to medium sized rooms connected with corridors, teleporters, and a short underwater section.
The construction is simplistic with squared off and blocky architecture, and minimal detailing and trim work. There are also some basic mistakes that should have been avoided; like making some floors tagged as water.
The ambiance is pretty basic in that sounds are used sparingly, there are some cycling lights, but the shading is inconsistent and is either very dark or just non-existent.
The texture choices are also an odd collection that range from space station to alien planet to earth caves, and there is no gradual shift from one section to the next.
The different areas just seemed jammed together and separated by a door, a teleporter pad, or coming up out of a pool.
The layout is linear with one fork branching off the main path that needs to be explored to collect a key, but there are several series of ventilation shaft systems that allow the player to get to the same location via a different route.

Game play is mainly a key card hunt.
The keys and locks are easy to find and present little challenge, but there are several little hidden stashes of weapons, ammunition, and equipment that are reached by solving minor puzzles.
Finding this stuff is actually more fun than trying to reach the end of the map and should have been integrated more into goal of the level.
The action is consistent from start to finish and kept at a steady pace, even during instances of backtracking.
Most encounters consist of small groups of mix-and-match clusters. It's odd finding certain aliens together and some seem out of their normal environment, but it works out well as far as the combat is concerned.
The provided arsenal and supplies are a little over the top, but not too extreme so as to make it completely unbalanced. 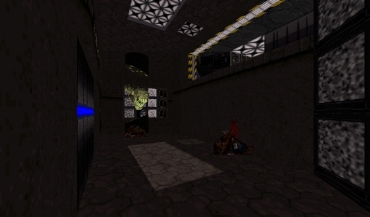 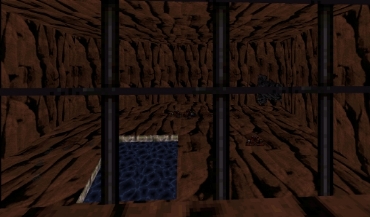 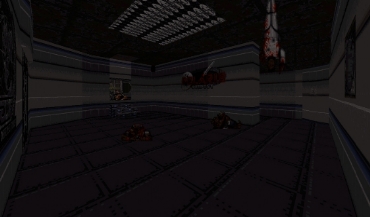 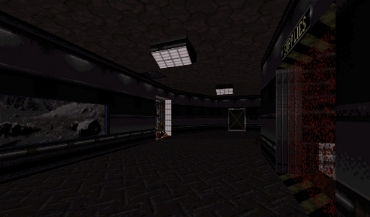 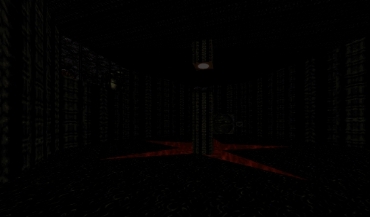 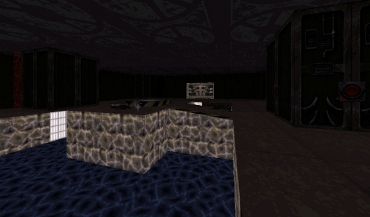