It's a bit on the short side and pretty typical of how a space station looks in relation to the second episode of the original game.
Like the original maps the atmosphere is created with shading, sounds, good texture combinations, and architectural structuring in lieu of detailing and sprite work. A solid design makes up for any lack in extensive eye candy or ambient effects.
The layout is pretty interesting and is basically a series of corridors, rooms, and vents that depart from near a locked door or portal and end up returning the player pretty close to where they left from and conveniently near where they need to go. There's almost no backtracking.

Game play is mostly keys with a switch or two.
Most of it is a pretty straight forward grab and go affair, but one section could be a little confusing. There's a switch above a toxic waste room that's use is immediately apparent. The player really can't see the force field blocked portal bellow their location being opened and they may end up running back the way they came instead of squeezing through the small window above the switch. Otherwise everything flows fairly smooth.
Combat is well balanced and the weapon acquisition corresponds to the number and toughness of the aliens being encountered.
The map is a bit stingy on health, but there's just enough strung out along the path to keep at a fairly decent hit point level. 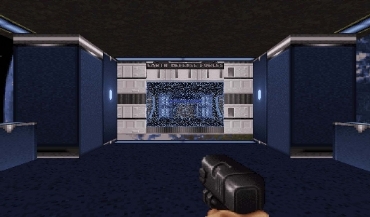 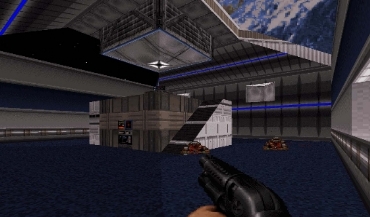 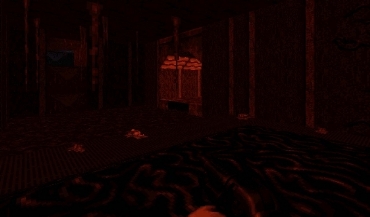 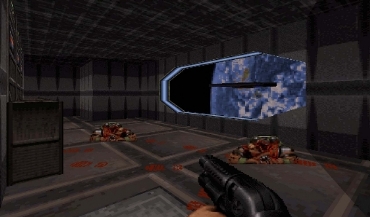 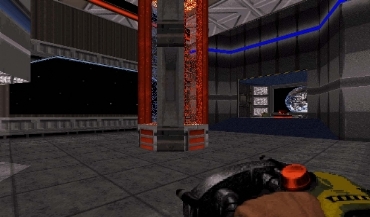 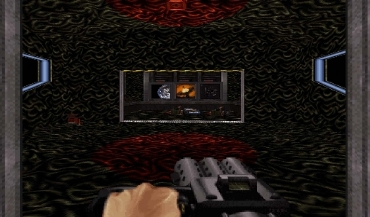