A lunar EDF base.
The level shows instances of nice detailing and care for architecture and furnishings, and then it slacks off and becomes very plain and unadorned.
The base goes from well-made control rooms to a decent idea of a power core, to cookie cutter crew rooms, and then to plain flat square hallways and semi-empty rooms.
The lack of shading and sounds also deters from any possible environmental immersion.
The map is pretty long and seems to go on for quite some time.
It's primarily linear, but it has small maze in the middle of it and alot of side areas to explore around in to get supplies and fight some baddies.

Game play is mostly navigating from point A to point B.
The puzzles are of the minor variety like keys, switches, and wall cracks. About the only speed bump to the whole affair is the maze in the middle of facility. If your sense of direction isn't that good you could have a bit of a time with it.
Combat isn't too bad; it's decently balanced and some of the aliens are well placed and encountered in a variety that keeps it from getting too dull or repetitive. 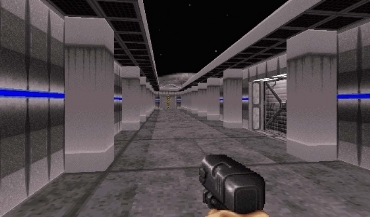 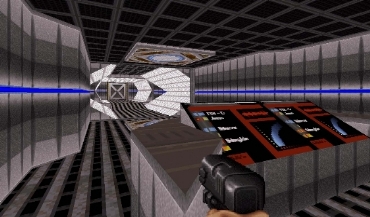 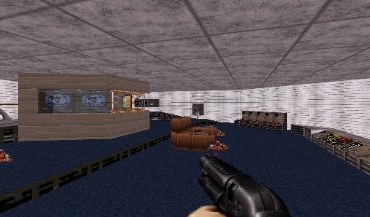 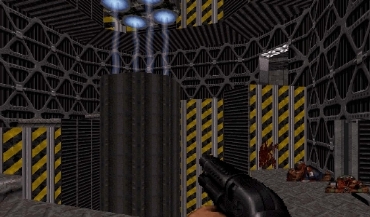 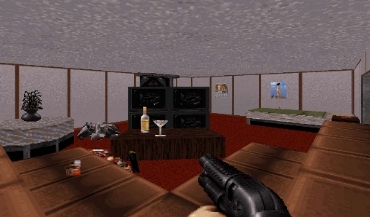 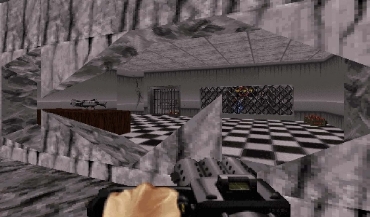