A medium sized map set on a munitions factory on the dark side of the moon...

Abridgement from the template: - Eliminating this facility will seriously damage alien assault capability..
-We know that the aliens are using a small base in a remote section of cental Tazmania as a staging area. Infiltrate the base and use the teleporter to transport to the munitions factory.

Well, it isn't that simple: Those alien bastards doesn't like your interference at all....
Design is on the average for it's time with nothing special to it.
The author has spent some time on trimworks and lighting / shading that gives more life to the map.
There is plenty of weapons / ammo and powerups as you proceed.
A 15-20 minutes of lunar apocalypse! 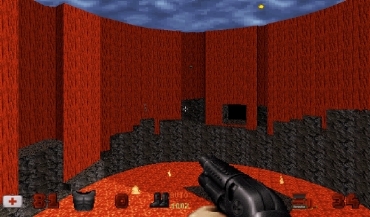 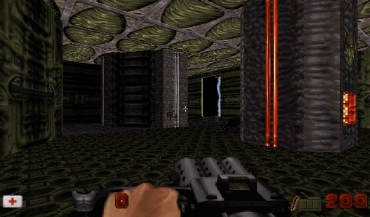 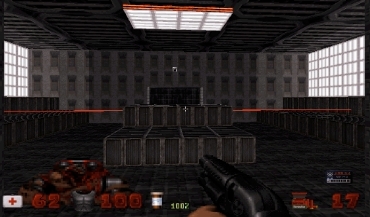 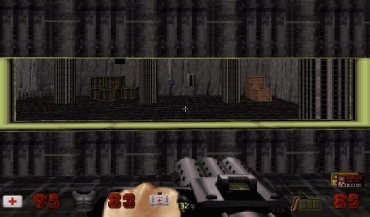 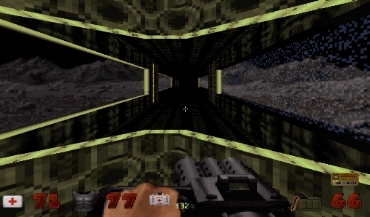