It's a fairly large sized map that takes up a couple city blocks and has several buildings to explore.
It consists of typical locations, like a fitness club, a parking garage, a furniture shop, a power station, and a few other various sites. It's construction is sporadic and inconsistent; it has blocky architecture with often over-sized objects, the shading is minimal in most locations, and the detailing is pretty sparse.
It does have some pretty decent looking locations though, such as the bar, the mini-golf course, and the alien hive section.
The objective is to randomly wander around town looking for keys, locks, and a set of three combinations to get to the final lock. The aliens have set up barriers at multiple points in the street, and have barricaded themselves inside most of the buildings.
The combat escalates quickly and is sustained throughout the majority of the level as the player has to take the town street by street, infiltrate each building, and shoot up the enemies within. Along the way be sure to keep an eye out for the pieces of solution to the nine button puzzle.
After using the yellow key there's a lull in the action as Duke has to navigate a ventilation shaft maze. It's not hard, but not very exciting either. At the end of the twisty path the player is presented with an option for an easy exit, or a difficult one.
The boss fight, while not challenging due to the amount of supplies given, is set up pretty nice.
More fun than pickle juice. 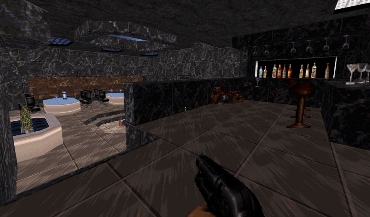 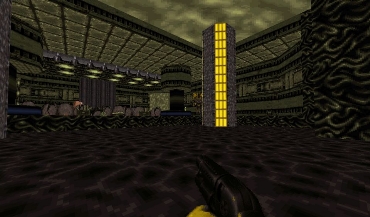 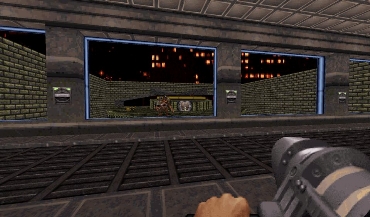 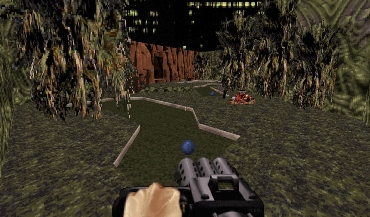 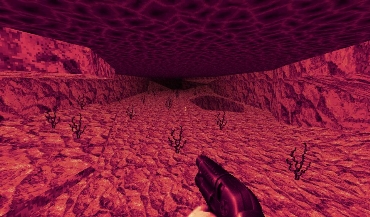 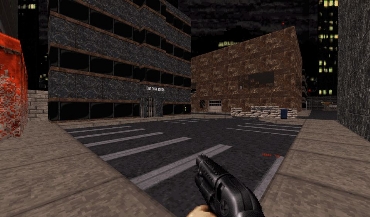