An alien space station styled map. Very atmospheric with wild texture combinations, strong trimwork, and good detailing. There are plenty sounds and several locations to see exterior portions of the vessel which add nice depth and ambiance. The level looks like a giant alien ate a bunch of clock radios then threw up all over the place. Pretty neat.

Game play is mainly button puzzles. Most are quite easy, a few are slightly out of the way, and then there are those that are hidden into the detailing or just completely invisible. One of the worst was a room with four green wall pillars and nothing else really special about the place other than it needed to be unlocked for some reason. Invisible buttons, press use on the pillars in just the right spot of course. Other than this and a few other instances of wall decorations concealing switches the map is pretty simple to figure out and navigate.
Combat is decently balanced and the enemies are well placed so fire fights are pretty fun, but depending on the approach the player takes at the end the boss can be encountered either face to face or easily picked off from afar. 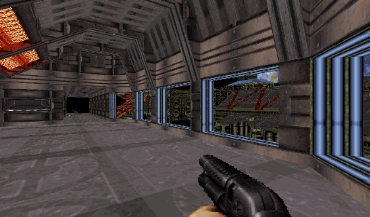 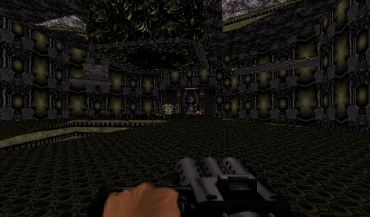 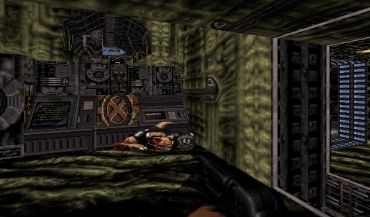 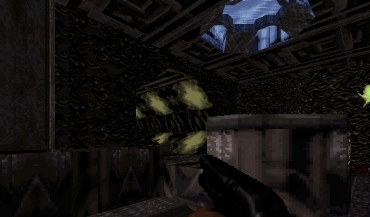 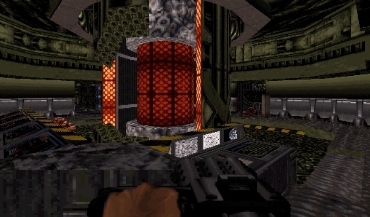 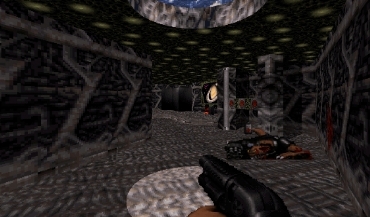